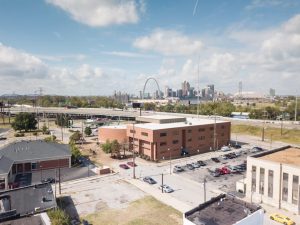 The city of East St. Louis is getting more than $190,000 under the Department of Justice’s

However, city and county administrators across Metro East, and the rest of the nation, continue to fear federal financial relief for local government will be woefully inadequate — if it comes at all.

The $2 trillion CARES Act, passed by Congress and signed by President Donald Trump on March 27, establishes a new Coronavirus Relief Fund to help state and local governments to address budgetary shortfalls related to the coronavirus pandemic.

The U.S. Department of Justice (DOJ) on April 1 announced allocation of $850 million to help public safety agencies combat the disease.

Public safety entities allocated DOJ assistance must still formally apply for and be granted the funding.

However, city and county administrators across Metro East, and the rest of the nation, fear financial relief to local government will be woefully inadequate if it comes at all.

However, the DOJ funding represents only a tiny fraction of the assistance authorized for local government under the CARES Act.

And it does not address the primary fiscal concern facing cities and counties amid the COVID-19 pandemic: the loss of tax revenues due the ongoing virtual shutdown of the U.S. economy.

The new DOJ funding is designed to cover direct costs incurred as a result of the epidemic.

“Allowable projects and purchases include, but are not limited to, overtime, equipment (including law enforcement and medical personal protective equipment), hiring, supplies (such as gloves, masks, sanitizer), training, travel expenses, and addressing the medical needs of inmates in state, local, and tribal prisons, jails, and detention centers,” the DOJ explains in its announcement of the new funding.

In all, the CARES Act makes $150 billion in economic stabilization funding available to states, tribal governments, territories and local governments, to address necessary expenditures incurred due to the COVID-19 public health emergency.

The U.S. Treasury must allocate the economic stabilization funds to states, based on population, within 30 days of the CARES legislation’s enactment.

The State of Illinois will receive an estimated $5 billion in direct federal funding under the legislation, according to an analysis by the office of U.S. Sen. Dick Durbin.

Forty-five percent of each state’s funds set aside for large units of local government that serve populations of at least 500,000. 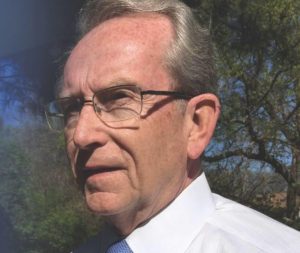 In Illinois, that means funding set aside for the City of Chicago, Cook County, DuPage County, Kane County, Lake County, and Will County; with those entities able to apply directly for funding from the Treasury Department.

Illinois’s other 97 counties and 1,200-plus municipalities will be able to access emergency funding through the state, under terms of the act.

CARES Act funding to those large local government entities will be deducted from the total of emergency funds allocated to a state.

That effectively reduces the CARES emergency funding available for state government and the other cities and counties in a state, notes the National League of Cities (NLC).

The CARES Act does not stipulate how states should distribute the funding to local governments.

O’Fallon Mayor Herb Roach told the Chronicle he hopes Illinois will allocate the funding to municipalities on a per-capita basis.

However, the NLC is concerned that some states may opt to pass along little or none of the federal emergency funding.

“There is no provision that requires a state government to distribute money to local governments,” the NLC notes ominously in its analysis.

Local government administrators also fear the economic stabilization, administered through the state, could, like the DOJ funds, be restricted to cover only new, direct costs associated with the epidemic.

The CARES Act stipulates that emergency funds can be used to cover costs related to COVID-19 that had not been previously budgeted and incurred between March 1 and Dec.  30.

Even as the new DOJ funding was announced on April 1, the board of directors of the Illinois Municipal League (IML) discussed the impact of the coronavirus pandemic with U.S. Senator Richard Durbin during an April conference call.

IML officials are seeking clarification from both the State of Illinois and federal officials on interpretation of the CARES Act’s State Fiscal Stabilization Fund provisions.

They want smaller cities and counties to be able to apply for funding assistance directly from the federal government.

Washington observers generally believe that for additional assistance, counties and municipalities will likely have to wait for an anticipated fourth round of federal legislation, addressing the coronavirus epidemic.

Congress is expected to begin working on their fourth major COVID-19 bill in May.

WHO GOT HOW MUCH

On the Missouri side of the St. Louis-area, the DOJ authorized funding for three counties: