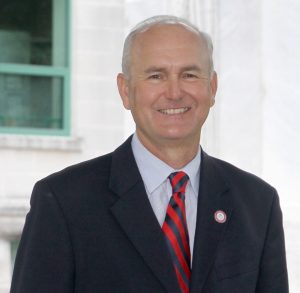 First quarter 2020 campaign finance reports, released April 15 by the Illinois State Board of Elections (ISBE), suggest a tight race for county board chairman continues to build in Madison County.

Incumbent Republican County Board Chairman Kurt Prenzler of Edwardsville had a total of $53,115.92 in campaign funding available at the close of the reporting period. Democratic challenger Bob Daiber of Marine had slightly more with $56,275.32.

The two will face off in the Nov. 3 general election.

Although the incumbent Republican enjoyed an early fundraising lead, as campaigns kicked off late last year, his Democratic challenger more than closed the gap by the close of this year’s first ISBE reporting period on March 31.

Citizens for Kurt Prenzler, the incumbent county board chairman’s campaign committee, reported total receipts of $18,388 for the first three months of this year.

The Daiber for Chairman campaign committee reported receiving $44,225 over the same period.

After expenses, the Prenzler campaign had a total of $53,115.92 in its treasury. 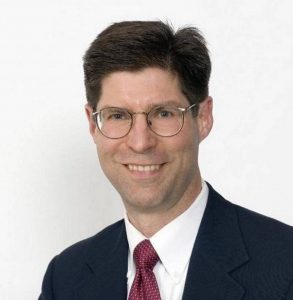 The Prenzler campaign received 30 individual contributions of $250 or more over the first three months of this year —  totaling $10,725.00. The campaign also received a total of $7,012.49 in smaller contributions.

Nearly all the Prenzler campaign’s itemized contributions came from individuals. The campaign’s leading benefactor over the reporting period was Anne Doucleff of Alton, who made two contributions, totaling $1,050.

The Daiber for Chairman campaign committee reported 14 contributions of $250 or more during the first quarter, totaling $26,125.

The Alton law firm of Simmons, Hanly, Conroy made the largest contribution of $11,600 to the Daiber campaign during the period, with law firm principal John Simmons, and wife Jayne, each contributing an additional $5,800.

At the Chronicle’s deadline, Democratic St. Clair County Board Chairman Mark Kern of Belleville faced no declared GOP challenger in the November election; however, he continued to raise substantial campaign funding during the first quarter of this year.

Citizens for Mark Kern had $75,417.82 in funds available at the close of the reporting period.

Contributions came from a mix of businesses, labor groups, law firms, and individuals, many area office holders or political figures.

However, the largest single contribution to the campaign during the quarter came from the county board chairman’s mother, Barbara M. Kern of Belleville, who contributed $10,000. 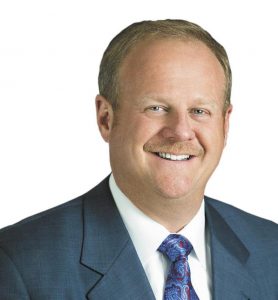 The Kern campaign also reported 23 itemized transfers from the other political organizations, totaling $7,000. Almost all were from the campaigns of other area candidates or office holders and almost all in the amount $250.

In Monroe County, Republican George E. Green and Democrat Duane E. Langhorst will compete this fall for the open seat of retiring Bob Elmore on the county’s three- person board of commissioners.

However, a search of the Illinois State Board of Elections website reveals financial declarations for neither.

Langhorst told the Chronicle he has not yet reached the $5,000 threshold for required campaign finance disclosure, but hopes to shortly.

In Monroe County, members of the county’s governing board are popularly elected, with the commissioners then electing a chairman among themselves.

The 111th State House of Representatives District remains the scene of the highest-dollar election battle in Metro East during the current campaign cycle.

A total of some $796,601.69 has already been contributed to the campaigns of incumbent Democratic Rep. Monica Bristow of Godfrey and Republican challenger Amy Elik of Fosterberg —  the eight highest total among all General Assembly races in Illinois this year.

Elik has raised $55,208.90, with no independent supporting expenditures.

At least four Metro East-area campaign committees rank among the 100 best funded Illinois political campaign organizations of the past 25 years, according to Illinois Sunshine.

The Committee to Elect Jay C. Hoffman, supporting the 110th State House District’s current representative, has raised some $9,425,280.69 since its inception in 1991.  Including $9,500 in large ($1,000 or more) contributions last month, the Collinsville Democrat’s campaign committee currently has $803,554.87 in cash on hand. It ranks 59th on the Illinois Sunshine all-time top fundraiser list.

Though currently with just $12,169.10 in its treasury, the Citizens for Frank Watson attracted $9,285,128.83 in contributions over four decades. A Greenville Republican, Watson served in the Illinois House from 1978 to 1882 and the State Senate from 1983 to 2009; ultimately becoming State Senate Republican Leader before retiring.

McCann for Illinois, established to support former State Senator Sam McCann, has raised $7,535,366.20 since it was established in 2010, and currently has $31,566.85 in cash on hand. McCann represented the state’s 49th and later 50th senatorial districts as a Republican. In 2018, he ran for governor as a member of the Conservative Party, which he founded. His campaign committee ranks 83rd on the Illinois Sunshine list.

Friends of Andy Manar, supporting 48th District State Sen. Sandy Manar (D) of Bunker Hill, has raised $7,147,918.44 to date and currently has $365,030.71 in its campaign treasury. It ranks 90th in fundraising success, according to Illinois Sunshine.