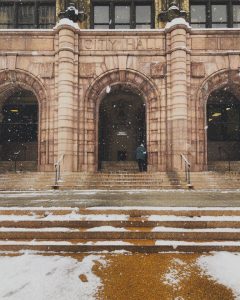 With $2 billion in debt, some see merging the city of St. Louis with St. Louis County government as a way to stronger financial health and to strengthen governmental services. A campaign is underway to place the proposal before voters in 2020. (Photo courtesy of city of St. Louis)

With the City of St. Louis $2 billion in debt, a government relations firm representing city bondholders and other business interests, is formally launching a campaign for a new regional government entity that would effectively merge the financially troubled city with neighboring St. Louis County – likely through an unusual statewide vote on a local issue.

With even the firm’s own polls showing merger widely unpopular in both the city and county, the proposal has touched off a storm of criticism, controversy, and counterproposals, including:

— Measures to stop the planned statewide vote in both the Missouri House and Senate;

— Opposition from the Missouri Municipal League;

— A Municipal League of Metro St. Louis call for a Board of Freeholders to assess regional governmental structure;

— St. Louis County Police Chief John Belmar’s call for “reentry” of the City of St. Louis into the county, and regional control of law enforcement, municipal courts, and major tax revenue source; and

— A St. Louis County Council proposal for a rare referendum on an election.

“The issue is likely to dominate public discussion in the region for much of the next two years,” the St. Louis Post Dispatch, has repeatedly assessed.

Perhaps most controversial: the lobbying firm’s call to institute the new regional government structure through a statewide vote during the November 2020 Missouri General Elections — effectively circumventing the St. Louis county and city voters.

However, critics call the plan a bailout for a mismanaged city and an overt “tax-grab” that would leave the county and its 93 municipalities without adequate operating revenue, and, ultimately, up to $2.4 billion in new debt.

Rice said the proposed statewide vote was necessary to amend the Missouri Constitution, which currently designates the City of St. Louis and St. Louis County as separate governmental entities.

However, in comments to selected media over the past two weeks, Pelopidas personnel indicated a statewide vote could also be used to accomplish the merger itself. They plan a $25 million statewide advertising campaign to promote an initiative petition drive and then then a ballot issue during the November 2020 general election.

At least six prior city-county merger proposals have been floated and ultimately rejected by St. Louis-area residents since the city, on Aug.  22, 1876, voted to secede from St. Louis County and become a rare independent city, or as termed in some Missouri law, a “city not within a county.”

Because St. Louis is a hybrid city-county — with traditional county financial offices such as assessor and treasurer — any merger would almost certainly involve the county taking on the city’s existing debt, merger critics say.

The latest push took shape in 2013 when Detroit declared bankruptcy and its municipal bond holders sustained substantial losses. (Under federal bankruptcy law, municipal bondholders – who are understood to be taking risk – are the last to receive payment; following vendors and employees – who enter into contracts with the city having an expectation of guaranteed payment.  In many cases, citizens must be provided continued services under federal law or court order.)

In February 2014, during a public meeting at St. Louis University Law School, former Indianapolis mayor and U.S. senator Richard Lugar proposed implementation of a regional government structure to merge St. Louis and St. Louis County, based on the “Unigov” model used to consolidate Indianapolis and surrounding Marion County in 1970.

Also in early 2014, former Monsanto public relations executive Travis Brown and his newly formed Pelopidas government relations firm, announced its “Better Together” campaign to promote a city-county merger; with funding in part from controversial multimillionaire financier Rex Sinquefield, and representatives of several Civic Progress companies on its program board.

Meanwhile, fearing Missouri might have to provide the City of St. Louis the same type of bailout Michigan was forced to provide Detroit, the state legislature established a special joint task force on St. Louis-area “governmental efficiency.”

During an initial task force public hearing, Civic Progress proposed a Unigov-type governmental structure for the region; with one elected official, a mayor, and a 33-member, appointed governing board. 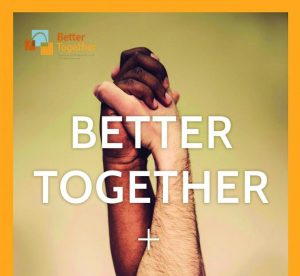 In subsequent presentations before the task force and local city councils, speakers suggested municipalities would consolidate with the Unigov through contractual agreements, rather than public votes; voluntarily agreeing to pay Unigov “membership” fees and ceding most regulatory authority to the new government entity.

However, most public testimony opposed consolidation in any form.  The task force took of the unusual step not issuing a report, as directed by the legislature; instead handing off responsibility to the University of Missouri St. Louis (UMSL) Public Policy Research Center (PPRC).

Disappointed by response to their Unigov proposal, Pelopidas by 2017 had shifted to an “incremental” approach; under which various St. Louis County municipalities might by be consolidated into clusters, or various municipal functions, such as law enforcement or public works, might be consolidated regionally.

The municipal clusters or regional services districts would then be consolidated into the previously proposed Unigov, Pelopdias staff member Rice told the Post-Dispatch.

However, neither a series of eight reports (on public finance, public health, economic development, public safety, parks and recreation, general administration, regional spending and Will to Charge”), and or related public events attracted much support.

The Pelopidas public finance report inadvertently spurred opposition by revealing St. Louis’ $2 billion debt with a link to the annual report of St. Louis City Comptroller Darlene Green, which further noted the debt was due, not to inadequate revenue, but to excessive spending on “non-performing public works … half of which are not related to basic government functions.”

The Pelopidas proposal this week essentially marks a return its original Unigov plan, in a somewhat modified form. The proposal would “superimpose” a new governmental entity, a Metro City over St. Louis city and county with one mayor, one prosecuting attorney, one assessor and 33 council members.

The new regional entity would take over all major government functions including law enforcement, municipal courts, road and bridges, and economic development, and would have authority over sales taxes.

Existing county municipalities like Chesterfield and Clayton would continue to exist; with responsibility for parks and recreation, trash collection, recycling and some permitting or zoning functions.

However, in budget analysis meetings over the past month, city managers have been warning that without funding from the county’s sales tax pool, many municipalities will wither and die.

Even before this week’s announcement, efforts to fight or counter the Pelopidas plan were mounting up.

Resolutions to prohibit a statewide vote on a city-county merger had already been introduced in the Missouri House by Rep. Shamed Dogan (R-Ballwin) and in the Senate by Minority Leader Gina Walsh (D-Bellefontaine Neighbors). Both filed similar bills last year. However, with legislators across the state now openly opposing the Pelopdias plan, the legislation could be enacted this year, Rep. Dogan said.

In addition to allowing St. Louis into the county, the alternative merger proposal released Jan. 4 by St. Louis County Police Chief Belmar would consolidate the city and county police departments and specifically add the city to the county sales tax pool. Police and financial resources would be directed primarily to the city’s downtown area, the chief notes.

Seventh District St. Louis County Councilman Mark Harder, on Jan. 15, introduce legislation for a non-binding referendum; asking county voters if they want a statewide vote on a city-county merger. It would appear on the county’s April 2020 election ballot. The legislation was tabled during the council’s Jan. 22 meeting.

The Municipal League of Metro St. Louis, and 43 of its member municipalities, have passed resolutions against a statewide merger vote.

Under the league’s call for a Board of Freeholders, a special body would be formed to consider possible changes in the area’s governmental structure. Those could include a re-entry of the city into the county, consolidation of county municipalities into clusters – such as under the Pelopidas incremental plan, other proposals, or no changes at all.

While previous Boards of Freeholders have been made up only of St. Louis County voters, the proposed board would include members appointed by both St. Louis County Executive Steve Stenger and St. Louis Mayor Lyda Krewson.

The league called for a Board of Freeholders during a special meeting Jan. 24.

Missouri Municipal League members are considering a range of actions — local or statewide information campaigns — to be announced shortly.