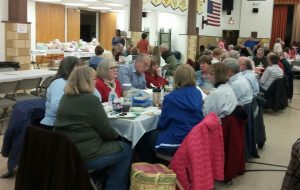 The U.S. Department of Housing and Urban Development (HUD) on Dec. 21 awarded a total of more than $5 million in funding to 28 Metro-East programs that provide services to homeless populations.

The funding comes as part of the Obama Administration’s Continuum of Care (COC) effort to end homelessness by providing grants directly to local programs serving homeless individuals and families.

In all, HUD last month awarded a record $1.95 billion in grants to nearly 7,600 homeless assistance programs across throughout the nation, including Puerto Rico, Guam, and the U.S. Virgin Islands.

Statewide, programs in Illinois will receive a total of $104,862,190 to fight homelessness.

The Continuum of Care initiative is challenge grant program designed to support local programs that have proven most effective in meeting the needs of persons experiencing homelessness, according to the HUD statement.

The COC grant program is part of the federal Opening Doors project, the first-ever federal strategic plan to prevent and end homelessness; launched in 2010 by President Obama and 19 federal agencies and offices that form the U.S. Interagency Council on Homelessness (USICH).

Many awardees this year reflect a HUD call “to shift funds from existing underperforming projects to create new ones that are based on best practices that will further their efforts to prevent and end homelessness,” the statement continues.

Services provided to the homeless under the grants include outreach and assistance, emergency shelter, transitional housing (for up to two years) permanent housing, and permanent supportive housing – a a housing intervention that combines non-time-limited affordable housing assistance with “wrap-around” supportive services, such as counseling, for the chronically homeless, according to the United States Interagency Council on Homelessness.

In the western American Bottoms sections of Madison and St. Clair county, widely known some of the highest poverty rates in the nation, the COC grants have become important, county officials say.

U.S. Census Bureau data has long indicated some western St. Clair County communities, such as East St. Louis and neighboring Washington Park, are among the poorest in the nation.

Deindustrialization has made homelessness a growing problem in Madison County communities such as Alton, Granite City and Madison areas over recent years. The Madison County Community Development Department’s Homeless Prevention and Rapid Rehousing Program has won recognition for a highly coordinated approach to the issue. The grants announced last month include planning funds for a stepped-up effort to address homelessness in St. Clair County, including a new homeless management information system (HMIS).

However, quietly, officials in both counties are concerned that efforts to revamp federal funding for social service programs under the administration of President-elect Donald Trump could curtail hinder programs for the homeless in Metro-East.

In addition to the St. Clair and Madison county programs, HUD last month awarded a total of $842,336 in funding to support 11 programs in the Southern Illinois Continuum of Care Networks, established to fight homelessness in a 27-county area including Monroe, Bond and Clinton counties.

For additional information on the HUD Continuum of Care grants and a complete list of all the state and local homeless projects awarded funding, see https://portal.hud.gov/hudportal/HUD.