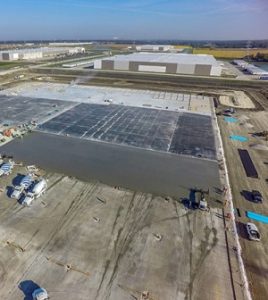 The East St. Louis riverfront is included in a site proposal submitted Oct. 14 to online retailer Amazon on behalf of the St. Louis region.

A bid submitted last week by an interagency development entity known as the St. Louis Economic Partnership centers largely around use of existing office space in Downtown St. Louis as well as land in the city’s North Riverfront Commerce Corridor.

The East St. Louis riverfront would be used to meet a requirement for green space in Amazon’s bid specifications.

St. Louis Economic Partnership staff at the last minute backed out of a planned Oct. 11 review of the bid by the board of the East West Gateway Council of Governments; saying they did not want to publicly reveal financial incentive being offered to Amazon.

Not included in the St. Louis area’s proposal were two sites in Madison County’s Gateway Commerce Center (one in Edwardsville; the other in Pontoon Beach), a site in Collinsville’s Eastport Plaza, and a tract just north of Scott Air Force Base; all of which were proposed as locations by local officials in Metro-East last month.

Boston and Denver are generally considered leaders among the 50 metropolitan areas submitting proposals for the Amazon HQ2 complex.

But regardless of Amazon’s selection for its new second headquarters location, America’s Central Port in Granite City will soon be home to some of the online retailer’s operations. The port’s board of directors last month approved a lease to provide Amazon space for storage of over-the-road trailers, serving the retailer’s two existing distribution facilities in the Gateway Center. 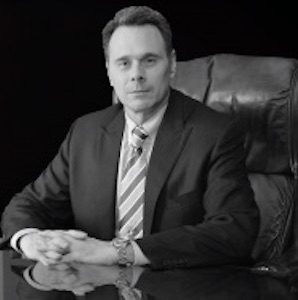 A special prosecutor has been appointed to investigate new allegations against a 20th Judicial Circuit Court judge, who has already been linked to a Belleville murder case.

However, an attorney for Judge Ronald Duebbert, says his client, a gay Republican, is the target of a political witch hunt by St. Clair County’s powerful Democratic political establishment.

Judge Duebbert was placed on administrative leave earlier this year after his former roommate, convicted felon David Fields, was charged with murder.

While the court documents do not mention the name of the judge, court rules require judges be placed on administrative leave if under investigation, and Duebbert remained the only 20th Circuit magistrate on leave last week.

TriStar Properties has begun development of Gateway East 594, a new 593,940-square-foot “mega-cube” distribution center at the Gateway Commerce Center, along I-55 in Madison County.

Teaming with TriStar to fund the $26 million venture is PCCP, LLC a national real estate finance and investment management company.

The new building, on a 54-acre site, will have 66 dock doors plus two drive-in doors and be expandable to approximately 1,000,000 square feet.

The will be available for occupancy in January 2018 according to Ed Lampitt, managing director of the St. Louis office of Cushman Wakefield, the exclusive leasing agent for the Gateway Center.

No one associated with the project is presently willing to discuss possible tenants for the new building, describing the development as “speculative.”

Gateway East 594 will be the fifth distribution facility jointly developed by TriStar and PCCP at the Gateway Center, the 2,300-acre logistics and bulk distribution park outside Edwardsville.

The TriStar and PCCP recently completed development of two other building in the Gateway complex, with a total of 1.144 million square feet of space, all of which has been leased.

Another recently completed building in the Gateway complex — a $36 million, 717,060-square-foot distribution center on a 56-acre site — is now occupied by Amazon.

“Gateway Commerce Center is widely acknowledged as one of the leading distribution parks in the Midwest. With 18 bulk buildings containing nearly 13-million-square-feet under roof, Gateway’s development team is demonstrating its proactive approach in anticipating the needs of expansion-minded companies for efficient, expandable bulk space configurations,” said Lampitt.

The park’s landmark U.S. Navy A7 Corsair display is currently under renovation. Named to the commission are:  Gina Grebing of the Edwardsville Rotary Club; Junior Service Club President Kelly Viehl; Madison County Board member Jamie Goggin; former County Board member Brenda Roosevelt; and Greg Brummit, chair and president of the Nature Preserve Foundation and the Edwardsville Watershed. Edwardsville Township Trustee Kevin Hall will serve as the commission’s liaison to the township board.