The National Geospatial-Intelligence Agency’s (NGA) on June 2 formally announced its new $1.75 billion Next NGA West (N2W) facility will be built in North St. Louis rather than Metro-East.

The announcement came as NGA Director Robert Cardillo officially signed a Record of Decision naming a 99-acre tract near the former site of the Pruitt-Igoe housing project in St. Louis, as the N2W location.

In formalizing the decision, Cardillo accepted the recommendations in a Final Environmental Impact Statement, released by the Army Corps of Engineers April 1, naming the St. Louis site as the agency’s “preferred alternative” location.

“When determining where our next west headquarters would be located, I considered a number of factors, but most importantly, our mission,” said Cardillo.

However, Metro-East leaders, who hoped to see the facility built on a 182-acre tract just north of Scott Air Force Base in St. Clair County, say the decision was based primarily on philosophical and political factors; ignoring problems that will threaten the facility’s mission and increase its cost.

Above all, they cite security concerns.  The NGA announcement comes as St. Louis, which each year has among the highest crime rates in the nation, is experiencing a surge in murder rates and other violent crime. 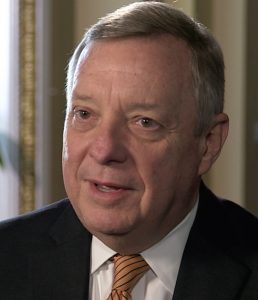 Downtown St. Louis, a trade group, last week called for a greater police presence following a series of murders and shootings in the city’s central business district, not far from the N2W site at the intersection of Cass and Jefferson avenues. Some St. Louis aldermen last week called for the resignation of Police Chief Sam Dotson.

“I am deeply concerned about the security of the St. Louis site and I do not believe we have received acceptable answers from Director Cardillo,” said Sen. Dick Durbin, D-Ill. “His decision (today) is short-sighted and ignores not only safety issues, but also legitimate concerns about cost overruns which will hurt taxpayers in the long-term.”

However, Congressional Republicans charge Promise Zones are intended largely to help shore up traditional Democratic strongholds in urban areas. Heavily Democratic St. Louis is considered important to Democrats in this election year as Missouri continues to move toward the GOP.

St. Louis officials cite their efforts to develop a “technology hub” and attract younger residents to the city, as a factor in the NGA’s decision. 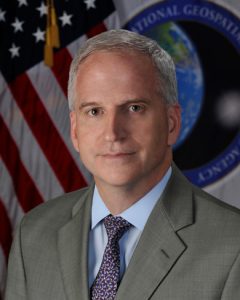 “Ultimately this location, near a quickly-growing technological and professional environment, will allow for NGA to integrate capabilities and technologies in support of our mission to provide accurate and relevant geospatial intelligence to our customers,” Cardillo confirmed in his announcement.

However, critics say St. Louis’ Cortex technology incubator lags far behind similar initiatives in other cities, has failed to produce many profit-making companies, and has quickly lost its few successful startups.

Funding for the N2W could become an issue over the coming weeks as a House-Senate conference finalizes the nation’s new federal budget.

Funding for the St. Louis site was stripped from the proposed new budget by Republican lawmakers last month. Missouri Democrats are attempting to restore it in a pending federal construction bill.

“This isn’t the first time NGA has deliberately used bad information to make a bad decision, which is why I have asked the top government watchdog to ensure this decision is best for the warfighter and taxpayer,” Kirk said in a statement.