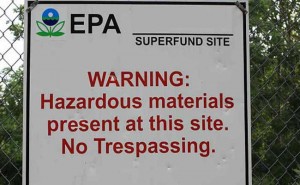 The National Geospatial-Intelligence Agency (NGA) is now accepting public comment on its announced plans to build a new $1.6 billion facility – dubbed “NextNGAWest” or “N2W” – in North St. Louis.  However those in favor of a proposed St. Clair County site, just north of Scott Air Force Base, have only until April 15 to make their reasoning known to the agency.

The unusually short public comment period is drawing fire from St. Clair County officials, who say they will not have enough to thoroughly review the NGA’s final environmental impact statement (FEIS) on the N2W or prepare a response.

County officials are asking the comment period be extended to 30 days. Comment periods for proposed federal reports or regulations generally last 30- to 90-days. The NGA’s N2W website actually indicates the public comment period will run for 30 days but then states that comment will be accepted from April 1 to April 16.

Substantive comments on the proposed St. Louis location, that were not submitted during an initial round of public hearings late last year, will be considered by the NGA before the agency issues a record of decision (ROD) on the site determination, which is expected no earlier than May 1.

Construction of the new NGA western headquarters is slated to begin by mid-2011, with the facility to open four years later.

Madison County Treasurer Kurt Prenzler has begun circulating an initiative petition to place a tax reduction measure on the county’s November general election ballot. The measure would lower Madison County’s maximum tax rate from the current 0.25 percent to 0.2 percent.  That would effectively reduce the county’s maximum potential property tax revenues each year from around $11.7 to about $9.3 million per year.

Treasurer Prenzler contends the county does not need the money, having no debt and an annual budget surplus of around $4 million.

However, Madison County State’s Attorney Tom Gibbons and Sheriff John both oppose the initiative, saying it could lead to cuts in public safety programs.

Signatures from 17,000 registered voters must be collected on petitions by May 1 in order to place the measure on the fall election ballot.

Treasurer Prenzler is the Republican candidate for Madison County Board chairman, who will face off against Democratic incumbent Chairman Alan Dunstan in the November election.

The U.S. Environmental Protection Agency (EPA) on April 6 officially added the site of the closed Old American Zinc plant in Fairmont City to its national priorities list.  The listing qualifies the site for remediation funding from the federal government’s environmental clean-up “superfund.”

Zinc smelting on 132 acre tract, along Illinois 111, has led to elevated concentrations of metal in the soil and sediment on site, according to the EPA.

“Elevated levels of contaminants, including arsenic, cadmium, lead, zinc and manganese, were found at the former plant, in the yards of nearby residences and in Rose Creek,”  according to an PA document. “Metals in soil and source materials pose a potential risk to construction workers and surrounding properties.”

Old American Zinc operated the Fairmont City smelter from 1916 to 1953.

Grafton to remain in port district

The City of Grafton will remain part of the America’s Central Port District, following a vote last month by residents of the tiny Mississippi River community.  Asked, during the March primaries, whether the city should be “disconnected” from port district, residents cast 207 “no” votes versus 164 “yes” votes.

The question was placed on the ballot after some members of the Grafton City Council expressed concerns that the district plans might levy taxes or take regulatory action that could hamper growth of the community’s tourism and entertainment district. District official say they have never levied taxes of any type and deny plans for any overhaul of the town’s growing riverside restaurant and entertainment area.

The Grafton Chamber of Commerce recently named the popular Loading Dock restaurant and sightseeing complex as the town’s 2016 Business of the Year. The owners of the Broadway Oyster Bar, an institution in Downtown St. Louis, las month opened a new restaurant and tavern in Grafton.

Up to 200 involved in brawl

Multiple St. Clair County law enforcement agencies responded to a massive brawl at VFW Post 1699 in Cahokia on April 2.  Radio reports indicted some 200 people were involved in the fracas. Cahokia Police have yet to announce what might have started the massive Saturday night fight. Radio reports did not indicate whether the melee occurred inside the VFW post or an adjacent section of Water Street building that houses it.