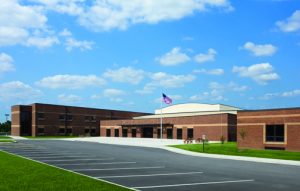 A Troy elementary school is among the first in to state to be selected by the Illinois State Board of Education (ISBE) to provide educator peer counseling services to poorly performing schools.

Under its new IL-EMPOWER program, the ISBE makes administrative guidance and staff development services, as well as financial assistance, available to schools designated as “Underperforming” or “Lowest-Performing” on the board’s annual Illinois School Report cards.

The board had already announced that professional development services would be available through a rosters of two dozen nationally recognized consultancies. Those range from the Westwood, Mass. based Cambridge Education — which assists schools across America, Australia and in developing nations around the world — to the Illinois Association of School Administrators.

The 13 new Peer Learning Partners will now give low-performing schools the additional option of receiving administrative guidance and professional development services from higher-achieving schools around the state; and from schools that have successfully overcome problems like those found in the school districts now being targeted for improvement.

To qualify for the Peer Learning Partners program, schools must have earned “Excellent” or “Commendable” rankings on the latest round of ISBE report cards. They must also have experienced and overcomes documented problems, with low achievement test scores, high chronic absenteeism, or excessive teacher turnover, the ISBE notes.

Henning Elementary received a rating of Excellent on its 2018 ISBE School Report Card. The 12 schools named this month to participate in the Peer Learning program were selected from among 35 applicant schools around the state.

The ISBE is scheduled to begin the application process for a second-round IL-EMPOWER Learning Partners on May 1.

A crackdown on building code violations by East St. Louis officials is netting results, according to Mayor Emeka Jackson-Hicks.

Expansion over recent weeks of city’s corps of code enforcement officers, reinstatement its long-dormant Code Court, and implementation of a new computerized system to track action on alleged violations, has produced a marked increase in citations – but also a solid increase in code compliance, Mayor Emeka Jackson-Hicks said.

So far, the computerized tracking system – known as IWork — shows about 50 percent of property owners cited for violations, are remediating problems promptly and are thereby avoiding fines, Mayor Jackson-Hicks reports.

Citations so far have most commonly been issued by code inspectors for overgrown grass or weeds, vacant or abandoned buildings, properties in derelict condition, and those that present unsafe or hazardous conditions.

Property owners, once cited for code violations, are required to present evidence of compliance or remediation at the Code Court. The court is in session on the second Tuesday of each month at 9 a.m. and during the evening hours of the fourth Thursday of each month beginning at 6 p.m.

“More than half of the residents who are notified of violations choose to come into compliance prior to being fined,” confirmed city code enforcement officer Stephanie Bush. “And it has been great working with the IWork system. It definitely saves a tremendous amount of time.”

As in most municipalities, code enforcement is largely compliant-drive and city officials rely heavily on area residents and business owners to report serious violations.

The city so far has not released detailed data on the building code enforcement, such as code compliance rates for owner-occupied or rental units.

“With the addition of code enforcement officers, regulatory court, and IWork System, the city is better kept,” Mayor Jackson-Hicks said. “We do, however, encourage residents to continue helping by reporting concerns and possible code violations to the city.”

An Illinois state representative is launching a petition drive to allow video gaming at horse-racing tracks. 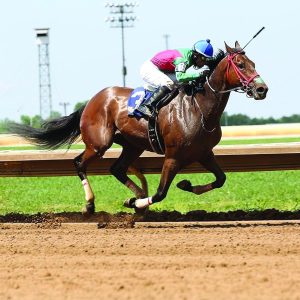 An Illinois state representative is launching a petition drive to allow video gaming at horse-racing tracks like Fairmount Park in Collinsville. (Photo courtesy of Fairmount Park)

Without the additional revenue source, some tracks may cease operations, industry observers say.

Many tracks, including Fairmont Park, have become an integral part of their community, Rep. Stuart notes.

“The racetrack at Fairmount Park serves a vital role in the Metro East as entertainment, a major employer and as a community establishment,” said Rep. Stuart. “My petition will show legislators and the governor the vast support for live horse racing in our area and for additional revenue streams to keep Fairmount Park open.”

Without new revenue to pay for race purses, Fairmount Park risks having to schedule fewer races days during upcoming seasons, according to a statement from Rep. Stuart’s office.

“Giving places like Fairmount Park the ability to install video gaming terminals will level the playing field for tracks, while also protecting jobs that are vital to our local economy,” Stuart said. “I’m calling on my constituents to voice their support and help me continue the fight for Fairmount Park to prosper again.”

Rep. Stuart’s petition supporting efforts to keep Fairmount Park open for the full season can be signed online at https://forms.gle/3raZwF5diZZ7NKrRA. Supporters of the track can also sign the petition by calling her office at (618) 365-6650 or emailing to RepKatieStuart@gmail.com.

In another gaming industry development, Penn National Gaming Inc., which owns the Argosy Casino in Alton, on April 17, announced plans to close its Resorts Casino in Tunica, Mississippi effective June 30, subject to regulatory approvals. The company owns two other casinos in the Tunica market and cites the deteriorating condition of the barge housing the Resorts Casino as the reason for closing that facility.

Pastor David Hawkins and his Living The Word congregation had more than usual to celebrate during their annual Easter “Super Bowl of Sunday services,” April 21 in Collinsville.

The minister has announced the purchase of the former Wild Country nightclub building, 17 Gateway Drive in East Port Plaza, for use has a high-tech church and youth center.

The church presently holds services in a rented building a 9500 Collinsville Road, which doubles as day care center during the week.

Total cost of the new facility is placed at $3 million.

Pastor Hawkins expects his congregation to grow substantially with the new larger church. A total of about 700 attend the two services each Sunday at Living the Word’s present location.  Well over 1,300 reportedly attended the Eastern service, held in a rented space not far from the Wild County building in East Port.

A massive music night club, which is being transformed into a $3 million church and youth center.

Wild Country, which closed in January after 22 years, in operation, became a St. Louis area institution during the line dance crazes of the 1990s.  Owners cite the strain of operating a high-capacity, late-hour night club.