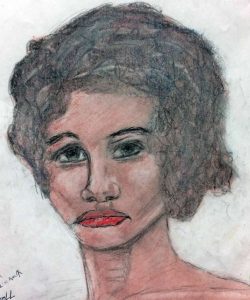 Two Metro East women may be among the early victims of the most prolific serial killer in U.S. history, according to the Federal Bureau of Investigation (FBI).

Self-described repeat murderer Samuel Little, currently serving multiple life sentences in a Texas prison, is claiming responsibility for the deaths of 93 or more women over a 35-year period – including a 26-year-old Granite City woman, possibly named “Jo” or “Joe” and an East St. Louis woman he met in St. Louis.

FBI analysts believe all of Little’s confessions are credible and 50 have already been verified.

However, assistance from the public is needed to identify the two alleged Metro East victims and corroborate Little’s recounting of their deaths , the FBI says.

Little traveled coast-to-coast from 1970 to 2005, strangling prostitutes, drug-users and other women marginalized from society, according to the FBI.

The two local murders here occurred between 1976 and 1979. Like most of Little’s victims, the two women here were Black.

Little was arrested and sentenced to prison in Texas on drug charges in 2012 and was not initially suspected of homicide, the FBI acknowledges.

Then, under questioning from Texas Ranger “cold case” detective James Holland, Little began providing detailed accounts of his murder spree — complete with color drawings of his victims — utilizing what FBI agents describe as a photographic memory.

Now, 79 and in ill health, Liittle is seeking a sense of closure, according to his attorney. Some close to the investigation say he has not expressed remorse.

However, he reportedly fears some other men may have been convicted of murders he committed.

In many cases, the deaths were misclassified as drug overdoses or accidents – and in some, the bodies were never found, according to the bureau.

The FBI investigation is hampered by problems locating decades-old police records and by changes in police procedures over the years.  DNA evidence was unheard-of during the years of the first killings.

Earlier this year, the FBI officially declared Little the most prolific serial killer in the nation’s history —replacing  Gary Ridgway, the “Green River Killer”, who was convicted of 49 murders.

Those with information regarding Little’s confessions, are asked to contact the FBI at 1-800-CALL-FBI or submit a tip online at tips.fbi.gov.

The temporary downsizing comes after the Illinois Department of Revenue, earlier this month, began redirecting sales tax and other revenues, collected by the state, to shore up the city’s firefighter pension fund.

The firefighters pension board requested the action in September, under a new state law, saying the city owes the plan some $2.2 million.

The fire department normally has 58 firefighters protecting about 26,000 people in a 14-square-mile area.

The East St. Louis firefighter handbook stipulates that the city can “separate any employee” due to lack of funding.

The city and the firefighters’ union are currently in contract negotiations. Their last contract expired in 2015. 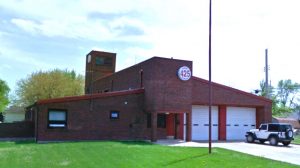 Beginning in April 2020, supermarkets, big box stores, and other major retailers in Edwardsville will be required to charge customers 10 tens for each plastic shopping bag they provide.

The ordinance applies to stores larger than 7,000 square feet in size. Notice of the plastic bag charge must be post at doors and cash registers.

Smaller retailers, restaurants, pharmacists and other specific businesses are exempt from the new city ordinance.

The Edwardsville plastic bag charge requirement is the first in Metro East.

The Bethalto Board of Trustees, Oct. 14, voted 4-3 to prohibit the sale of recreational marijuana in the village.

Also banned under the new ordinance is the sale of Kratom, an increasingly popular natural medicine that is sometimes used as a recreational drug.

Consumers will be able to buy marijuana for recreational use from licensed sellers in Illinois on Jan. 1, 2020, under the terms of legislation passed this past spring by the Illinois General Assembly and signed by Gov. J.B. Pritzker.

Meeting set on I-255 closure for major repairs

The Illinois Department of Transportation (IDOT) will fully close sections of Interstate 255, between Collinsville Road and Illinois 15, beginning early next year, for a complete overhaul of the “crumbling” roadway, according to an IDOT statement.

The department is holding a public meeting, Nov. 7, at the Wirth-Parks Middle School in Cahokia, to provide information on the project and help motorists plot alternative travel routes during construction.

The I-255 “rehabilitation” will involve the resurfacing of seven miles of roadway, as well as significant bridge repairs, safety improvements and drainage upgrades, according to the department.

The seven-mile stretch will be closed in two sections, separated by Interstate 64, over 10 months, according to the department.

Work will start with a full closure of I-255 in both directions between I-64 and Collinsville Road for approximately five months.

Once the section north of Interstate 64 is finished, construction will shift to the section between I-64 and Illinois 15, again requiring a full closure of the work zone in both directions for approximately five months.

A firm start date for the work has yet to be set, but the entire project is expected to wrap up in late fall.

By closing I-255, the project will be completed in 10 months, instead of the four years that would be necessary if the highway were left partially open, according to IDOT.

Additionally, the project will cost $64 million, or about $14 million less in taxpayer dollars than completing the work in multiple phases, according to IDOT.

Closing the interstate also reduces the safety risk to workers and motorists by eliminating live traffic moving through an active construction site, the department says.

The 1-255 renovation is the first Metro East project to be scheduled under the recently approved Rebuild Illinois capital improvement program.

The Wirth-Parks Middle School is located at 1900 Mousette Lane in Cahokia. The IDOT meeting will be held from 4 p.m. to 7 p.m.