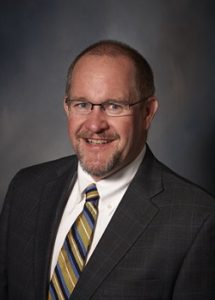 Annual fiscal reports show underfunding has become a serious problem for local fire and police pension plans across the state.

In some municipalities, the Illinois Office of the Comptroller has begun redirecting tax funds, collected by the state, to shore up pension plans.

As a result of the revenue loss, East St. Louis administrators will temporarily close the city’s Fire Station Number 4 and lay off nine firefighters, this Thursday (Nov 1).

Consolidation could help stabilize the retirement plans by generating as much as $1 million a day in additional returns, notes council president and Fairview Heights Mayor Mark Kupsky, in a letter from the mayors to lawmakers.

It could also benefit firefighters and police by reducing required retirement plan contributions, according to the SICM.

Firefighters, on average, currently contribute more than $1,000 per pay period to their pension funds.

Most other city workers, who participate in the state’s consolidated municipal employee pension plan, contribute a little over $300, according the council of mayors.

The council of mayors voted to endorse the proposed pension reform during their Oct. 24 meeting.

After five years of as a de-accredited school system, District189 this year earned system-wide five-year accreditation through AdvancED, Culver noted. All district schools, including the Vivian Adams Early Childhood Center, are also accredited through 2024.

The ISBE’s, 2018 school district “report cards” rate four district schools as “commendable”; although five remain about the lowest performing schools in the state.

Schooldigger.com – which ranks educational institutions based on data from the National Center for Education Statistics, U.S. Department of Education, U.S. Census Bureau, Illinois Department of Public Health and ISBE – bumped the district up 10 places this year.

All schools within the district also rose in the Schooldigger rating —variously from 36 to 174 places.

To continue the improvement, Culvert outlined seven goals for the district’s 2020 fiscal year:

▪  Additional staff to meet the social-emotional needs of students,

▪  Instructional support to academically, intellectually, and personally challenge students in new ways – a concept known in academia as “rigor,”

Excessive turnover is a major factor in the district’s chronic teacher shortages, Culver said.  The district usually has 25 to 30 teacher vacancies at the end of each school year. Generally, 10 to 15 teachers generally quit during the first three months of each academic year.

Teacher salaries and benefits fall below those of other districts, while class sizes are larger, he adds.

Underlying all the district’s problems: the East St. Louis economy.  District 189 receives the bulk of its revenues from federal and state sources, rather than local taxes.

Culver is requesting $6 million in supplemental funding from the ISBE for District 189’s coming fiscal year.

The ISBE effectively took control of Dist. 189 in 2012; making Culver superintendent, establishing a financial oversight board, and agreeing to provide supplemental state funding for the district. 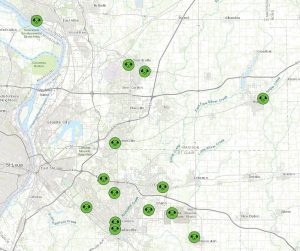 The William C. Drda Woods — one of Illinois’ oldest hardwood forests — now has 400 more trees, thanks to a mass planting, Oct. 25.

The forest, 5404 New Poag Road near SIUE’s Axis student housing, was acquired by the City of Edwardsville in 2018, using a grant from the Illinois Clean Energy Foundation.

The tree planting was designed to restore a section which had been deforested and used as farmland; using native trees to enhance the ecological impact of the area and restore wildlife habitat.

Ecologically minded volunteers provided most of the labor. The city called a similar volunteer “work day” at the site last October, following the purchase of the property.

The Drda Woods restoration is part of an ambitious city forestry program, overseen by the Edwardsville Beautification and Tree Commission and administered by the city arborist.

The city each year splits the cost of residential tree planting with citizens, up to $75.

The HeartLands Conservancy – a Belleville-based environmental group that helped organize the tree planting – honored the city’s efforts with its Green Leaf awards, during the organization’s 30th anniversary celebration, the same day, in St. Louis.

District officials admit they may have missed some parks and ask dog lovers around the region to suggest additional sites.

The map can be accessed at www.meprd.org/dog-parks.