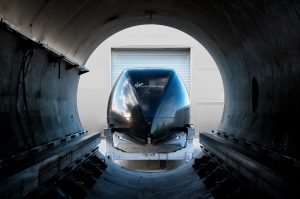 The technology is untried and human beings may never even be allowed to ride it.

Nevertheless, an advisory panel, appointed by Missouri House Speaker Elijah Haar, wants the Show Me state to “catalyze and accelerate the commercialization” of magnetic levitation (maglev) rail technology within the next three to five years.

The Missouri Blue Ribbon Panel on Hyperloop wants the state to establish a new Missouri Hyperloop Corporation to begin development of the St. Louis test track — leading to the establishing of the Kansas City-St. Louis hyperloop line and, eventually, a nationwide network of hyperloops, according to the panel’s Oct. 28 report.

Acknowledging that Missouri will not be able to fund the even the first phase of the initiative, the report recommends the state partner with private construction companies or “technology partners” to build the certification track and Kansas City-St. Louis line. The state would then license a private sector firm to operate the commercial cross-state line and provide reinvestment in the line.

The panel’s admittedly ambitious timeframe is intended to accommodate Virgin Hyperloop, which is preparing to accept bids from public partners for maglev development.

An International Tube Transport Center of Excellence (ITTCE) Program is already being formed in Missouri to develop long-term partnerships with industry, academy, and government, the report says.

In theory, a hyperloop could use magnetic levitation and vacuums to push pods of passengers or cargo through a tube at up to 760 mph, the report notes. That could reduce the trip from St. Louis to Kansas from three and a half hours to 30 minutes.

However, critics say the technology has never been proven — even in scale mode form. And even the most ardent proponents of the technology say many passengers would be stricken with severe motion sickness.

The Missouri system, if built, would likely be relegated to package service during initial operation, the panel acknowledges.

Hyperloops could come under the jurisdiction of up to six federal agencies, the report notes. No one yet knows what criteria might be set for federal approval of hyperloop systems, the report adds.

And if a regulatory framework is established, federal authorities may not be able to certify the technology for human safety, the panel notes in an extensive list of project risks.

Other risks include potential development of alternative technologies that rendered maglev pods irrelevant and failure of the technology to perform as anticipated over long distances, the panel notes.

Others say that even if the technology works, there is no demonstrated demand for ultra-high-speed rail transportation between St. Louis and Kansas City. They cite lack of market response to planned high speed rail service between Alton and Chicago.

If successful, the hyperloop would establish create an “economic megaregion” across central Missouri and position the state as the “epicenter” of an eventual nationwide hyperloop system.

Such claims of economic benefit echo those of the failed Better Together city-county merger campaign, led by freelance government relations representative Travis Brown. Brown, a co-founder of the recently established Heartland Hyperloop Coalition, was a member of the state hyperloop panel.

With the world’s population and worldwide demand for food rapidly growing, the St. Louis area — and particularly Metro East — is poised for an important role in global food insecurity initiatives, according to a group of area agricultural and business interests.

Some 50 percent of U.S. crops and livestock are now produced within a 500-mile radius of the St. Louis region — an area which includes approximately 80 percent of the nation’s corn and soybean acreage, the group notes.

Promising to increase Midwestern farm output further is a cadre of more than 1,000 plant scientists, at Bayer Plant Science in St. Louis (formerly) Monsanto, the company’s subsidiary units in Jerseyville and other rural locations, up to 100 smaller private biotech companies in the area, and several public-sector bio-science institutions.

Expected to spur both additional research and expansion of agribusiness operations are growing foreign direct investment in the St. Louis region and support from major farm organizations.

The data further reveals the 70-mile St. Louis regional port system represents only 8 percent of the 855-mile section of the Mississippi River from Minneapolis to the Ohio River near Cairo, Illinois yet carried 39 percent of the 2016 freight.

The National Corn Growers Association, United Soybean Board and American Soybean Association are all headquartered in the region.

“The amount of river business in the St. Louis region has disproportionately increased over the past three decades,” said David Jump, president of the Cahokia-based American Milling.  Jump predicts the area will increasingly compete successfully with the Gulf Coast and upriver ports.

Food security was defined by the World Food Summit of 1996 as the availability of food and adequate ability to access it. 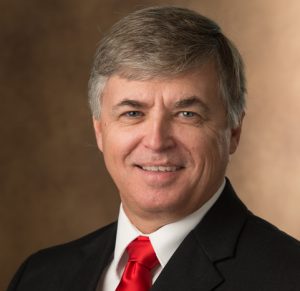 Some 120 people have been working on the new strategic plan, which will guide university operations through 2025.

The new strategic plan is to be formally implementation later this year; although a specific date has yet to be announced. The new document will update the university’s existing strategic plan, adopted in 2013.

The strategic plans have played an important role in making SIUE the fastest growing public university in the state over the last two decades, according to Pembrook.

SIUE, during its most recent academic year, achieved a record 78.7 percent retention rate for new freshmen.

Fundraising for the SIUE Foundation hit $10.26 million during the university’s most recent fiscal year.

The firm plans to consolidate its existing offices, in Florida and Missouri, in a new $8.7 million building, which is expected to open in 10 to 12 months, according to the Waterloo Republic.

Ultimately, the investment company will have 225 employees at the site, according to the newspaper. The offices will immediately employ about 130.

The new building, which will be fully occupied by the investment firm, will be the second in the 11 South development.  The first opened in 2017. A third is now being planned.