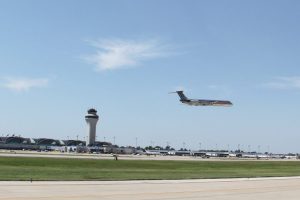 A group of mayors is looking to a new governing district that would own and operate the St. Louis-Lambert International Airport.

A group known as the Metro Mayors is proposing a Transportation Development District (TDD), funded by a new a half-cent sales tax, to buy Lambert International Airport from the City of St. Louis, and then fund operations, improvement and maintenance of the airport.

The tax revenues would also be used to pay off the airport’s existing $700 million debt, according to Bridgeton, Missouri Mayor Terry Briggs, who helped craft the proposal.

Though located in the St. Louis County community of Bridgton, the airport is owned and operated by the City of St. Louis.

The district would include the St. Louis city, St. Louis County, St. Charles County, Jefferson County and, perhaps, Franklin County; all in Missouri.

The group has not yet approached leaders in Metro East, due to uncertainties regarding extension of the TDD, which is authorized under Missouri law, into Illinois.

A St. Louis Board of Freeholders convened last month to consider governmental changes in St. Louis city and county is expected to consider the TDD proposal.

The St. Louis County Port Authority, last month, authorized a study on regional governance of Lambert and other airport issues

For the past two years, an Airport Advisory Working Group, established by the City of St. Louis, has been studying privatization of the airport.

However, those efforts were effectively halted on Dec. 20 by Mayor Lyda Krewson amid concerns over possible conflicts of interest.

The “Metro Mayors” is described as an informal forum for the mayor of St. Louis area municipalities with a 10,000 population.

Critics of the creation of TDD proposal say it would increase sales to unreasonably high levels in many areas, create another controversial, regional bureaucracy in the St. Louis area, and, ultimately, may be another attempt at merger of St. Louis and county.

It also authorizes reform of the U.S. Department of Transportation’s system for relocating military personnel and their families.

The Fiscal Year 2020 National Defense Authorization Act, passed by the U.S. Senate on a vote of 86-8, now goes to President Donald Trump for his signature.

The act authorizes funding for the U.S. Department of Defense and effectively sets the nation’s defense policy. It effectively establishes many policies and programs affecting the health or wellbeing of U.S. service members.

TRANSCOM is responsible for the global movement of military personnel, equipment and supplies across the United States and around the world.

With most U.S. military personnel subject to change of station every few years, TRANSCOM must handle some 600,000 shipments of household goods (HHGs) for military families annually.

Nearly half of these moves occur between May 15 and Aug. 31.

Based on a model used by the British military, USTRANSCOM now plans to let a Global Household Good contract for end-to-end management of all movement and storage of HHGs by a private firm.

However, critics say the proposal represents an improper privatization of DOD functions.

Provisions in the defense budget, requested by U.S. Sen. Tammy Duckworth (D-IL) require USTRANSCOM to proceed with DP3 reform only after submitting a report on various options to Congress. 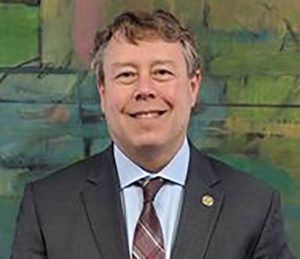 The unemployment rate across the Illinois section of the St. Louis metropolitan area fell to 3.4 percent in November – down 1.1 percent from 4.5 percent a year earlier, according to preliminary data released Dec. 30 by the U.S. Bureau of Labor Statistics (BLS) and the Illinois Department of Employment Security (IDES).

Nationwide, the unemployment rate was 3.3 percent in November — down from a peak of 10.6 percent in January 2010.

The unemployment rate identifies those individuals who are out of work and seeking employment. Data reported last month by the BLS and IDES is not-seasonally-adjusted.

Hylla retired from the bench effective Jan. 1. Threlkeld is scheduled to take over on Feb 1.

He will serve until Dec. 7, after Madison County voters select a new judge in the November general election.

Waterloo gets its phone booth back

It may not be the Gateway Arch, the Piasa Bird, or even Ted Drewes; but in the City of Waterloo, the telephone booth at Main and Mill streets is a landmark.

At least it was until Nov. 25, when the six-foot-plus, fully-enclosed metal-and-glass booth — which had stood at the busy intersection for 50 years — was destroyed in a traffic accident.

With phone booths increasingly uncommon in the age of cell phones and classic models like the one at Main and Mill outright rarities, Waterloo residents were delighted to learn last month that the Harrisonville Telephone Company would replace it with an identical booth.

An official ribbon cutting for the new booth was held Dec. 24 by city officials and the Waterloo Chamber of Commerce.

The number for the booth remains the same.