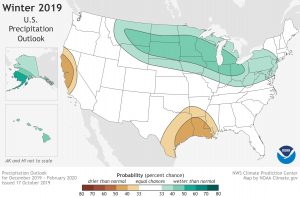 Weather warmer, wetter across area so far in 2020

Metro East and surrounding area have experienced warmer-than-average temperatures, but greater-than-average precipitation so far in 2020, according to the National Weather Service (NWS)and other federal agencies.

The U.S. Department of Agriculture’s (USDA) West Southwest District, which encompasses Metro East and nearby counties, saw an average temperature of 38.6 degrees during January — 6.2 degrees above the area’s historic average of 32.4 degrees.

Precipitation in the area has averaged 9.51 inches on NWS-monitored gauges across the district so far in 2020 — some 4.01 inches above an historic average of 5.50 inches recorded by this time of year.

As of Jan. 28, the U.S. Geologic Survey reports year-to-date rains total for the year to date, for its Metro East area rain ranges as follows:

Kaskaskia River near Red Bud: No data due to equipment issues.

Silver Creek near Freeburg: No data.

The average temperature across Illinois during the month of January was 31.5 degrees; 6.8 degrees above normal, according to the USDA.

Precipitation for the month, statewide, averaged 4.28 inches; 2.67 inches above normal.

As of Jan. 26, topsoil moisture supply was rated at 3 percent short, 57 percent adequate, and 40 percent surplus.

The data was included, Jan. 28, in the USDA’s first monthly Illinois Crop Report of 2020.

Over the next 90 days, the National Weather Service (NWS) Advanced Hydrologic Prediction Service predicts a greater than 50 percent chance of at-least minor flooding over the next 90 days in the following locations along the Mississippi River:

The flood risk along the river will be greatest during the first weeks of April, the NWS predicts. 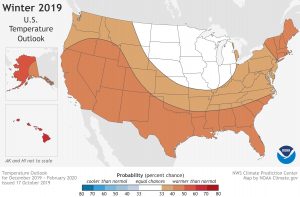 Receiving the Great Rivers and Routes Tourism Bureau’s “Spirit of Tourism” Award was Parrot Pointe Marine, Inc. In addition to surviving fires and tornado damage, the Alton-based tour operator has been flooded 12 times, since opening in 2010.

The program offers funding for innovative, community-based efforts to improve, restore or protect Illinois watersheds. Last year, the program awarded a total of $24,000 in grants to ten programs statewide.

Watershed issues, from flash flooding to erosion, are a long-standing concern in Metro East.

To qualify, grants projects must Introduce, or significant expand, a locally based program to address a source-water or watershed protection issue in a community.

Projects must be carried out through a formal or informal partnership between two or more organizations.

Projects must be completed between May 1 and Nov. 30.

The projects must be in the Illinois American Water service area; which has expanded markedly over recent months as the company has taken over water systems in several Metro East communities.

Grant information and application forms can be found at www.illinoisamwater.com under the News & Community tab.

Applications should be emailed to karen.cotton@amwater.com by March 31.

Hollow Avenue in Jerseyville is about to become one of first streets in America paved with a new type of concrete, designed to resist cracking and improve roadway surfaces.

The Federal Highway Administration (FHWA) last month awarded a $1 million grant to the Illinois Department of Transportation (IDOT) to cover the cost of paving the Jerseyville roadway with roller-compacted concrete (RCC).

As known as rolled concrete (rollcrete), the material is direr and easier to work with than traditional concrete.

It basically consists of the same ingredients as conventional concrete — but in different ratios and, often, with fly ash used as a partial substitute for traditional Portland cement.

Rollcrete offers improved consistency or “sump”; making it easier to push, mold and smooth out, according to advocates.

The reduced moisture in the mixture makes structures or surfaces more resistant to temperature-related cracking, producers of the material say.

Concrete is traditionally made from a mixture of cement, water, sand and gravel.

RCC is among several new concrete mixes, developed over recent years with nontraditional ingredients such as fibers, plastics and various chemicals.

The FHWA last month awarded a total of $8 million in Accelerated Innovation Deployment (AID) Demonstration program grants to state and local governments to help deliver bridge projects sooner, improve traffic management, and accelerate the use of innovative tools and technologies.

The Cahokia Mounds Museum Society (CMMS) has secured critical implementation funding for a prototype augmented reality (AR) system designed to “bring pre-Columbian history to life for visitors,” according to a society statement.

Scheduled to debut in 2021, the Cahokia Mounds State Historic Site’s new Augmented Reality Application is intended to provide an enhanced experience for visitors to the 1,000-year-old historic area near Collinsville.

The AR system will produce images of the archaeological site as it existed a millennium ago, on smart phone screens and similar devices, by reading digital coding placed around the site, according to Lori Belknap, site superintendent, Cahokia Mounds.

Visitors will be able view the digital images as they tour the site, using the camera application on just about any smart device, Belknap says.

In all the new AR system will take about five years to develop and implement, according to the CMMS.

A prototype for the new AR system has been developed over the past two years by Schwartz & Associates Creative of St. Louis; with costed covered a by $100,000 Digital Projects for the Public grant from the National Endowment for the Humanities (NEH).

A second a NEH Digital Projects grant, announced last month, will now provide $250,000 for implementation of the AR system.

“It is difficult for visitors to visualize what was on the landscape 1,000 years ago, a challenge for any archaeological site,” Belknap said. “This grant will enable us to provide a unique interpretive experience using the newest technologies.”