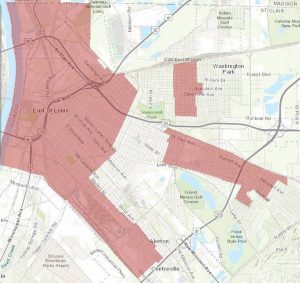 Authorized under the Federal Tax Reform and Jobs Act of 2017, the OZ program offers investors potential to defer or completely escape capital gains taxes by investing gains in designed areas within some of the nation’s most impoverished areas.

Illinois has 327 Opportunity Zones, including a dozen in Metro East.

However, across the nation, investors have shown little interest in OZs.

Meanwhile, Illinois’ Enterprise Zone program, which offers a variety of state and local tax incentives for development in designated areas, have spurred numerous, large business and industrial projects, around the state, including the Granite City and O’Fallon areas.

Details of the new competitive grant program will be outlined in a notice of funding opportunity (NOFO) due for release shortly, according to the department.

Communities, nonprofits, developers, and other stakeholders will have 90 days to prepare and submit grant applications, once the NOFO is posted.

In scoring grant applications, DCEO will consider criteria such as job creation, community support, project readiness and viability, the availability of matching financing, and compatibility with a five-year state economic plan, released by Gov. J.B. Pritzker in October.

Applicants are encouraged to work with nonprofits, community organizations, elected officials, and other stakeholders to obtain letters that demonstrate local and regional support.

The DCEO plans to host workshops and webinars across Illinois to offer additional guidance on completing grant applications and answer questions. These events are being coordinated with local Small Business Development Centers across the state.

Interested parties can e-mail opportunityzones@illinois.gov to sign up to receive updates on DCEO opportunity zone programming in the future.

During his Feb. 4 State of the Union address, President Donald Trump prominently cited Opportunity Zones as a reason for the nation’s strong economy.

However, development industry analysts in many parts of the nation, including Greater St. Louis, say OZs have drawn little interest from investors.

Information on all OZs in and near Metro East can be found at https://tinyurl.com/MEOZs

The East West Gateway Council of Governments (EWG) is considering a formal study on regional ownership of St. Louis-Lambert Airport — and other issues that could be addressed on a regional basis, according to an article is this morning’s Post-Dispatch.

EWG Executive Director Jim Wild is preparing a list of potential issues to be addressed in the study.

The EWG board is scheduled to vote on whether to conduct the regionalism study and the specific issues to be studied during its Feb. 26 meeting.

The study was proposed by EWG Board Chairman Steve Ehlmann, the St. Charles County executive, during the board’s Jan. 29 meeting. Ehlman supports regional ownership of the airport.

However, St. Louis Mayor Lyda Krewson asked EWG to expand the study beyond the airport to include other issues that could be addressed on a regional basis.

Issues suggested during the meeting:

EWG is the federal recognized regional planning body for the St. Louis with its board made up of elected officials from Missouri and Illinois.

Alton and Centreville would merge under propositions on the March 17 election ballots in the two adjacent St. Clair County towns.

The new municipality would be known as “Alcentra,” according to the ballot language.

If the Alton-Centreville merger is approved by voters next month, consolidation with the village of Cahokia, will likely be proposed in November, according to some close to the effort.

However, some residents say the move merely represent an effort by local politicians to consolidate power and the mayors offer no solid evidence of potential cost savings.

The Alorton Village Board supports the merger although some board members have questions about “process,” according to the letters.

The merger could lead to dissolution Centreville Township, the letter also suggests.

A town hall meeting on the proposed merger, hosted by mayors Reed and Jackson, was scheduled for 6 p.m. on Feb. 11 at the Charlie Coleman Center in Alorton. As the Chronicle went to press.

A simple majority in both jurisdictions is required for passage of the ballot measure. 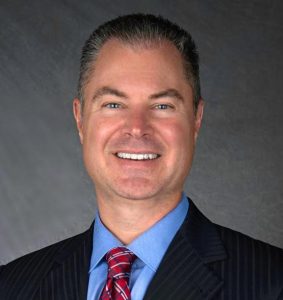 As part of the plan, 18 MetroBus routes will be changed, with 15 of the route changes going into effect on June 15.

District officials expect the changes to increase ridership by 12 percent over the next one or two years.

However, they come with some cost. As part of the plan’s approval, the board also adopted a $29.6 million operating budget, an increase of 18.7 percent — or $4.7 million — over the district’s prior fiscal year.

Under the plan, buses will now appear every 15 minutes at stops along several of the district’s most popular routes, including Route 1, East St Louis to Belleville, and Route 12, O’Fallon to Fairview Heights,

Some 60 percent of current customers will be within a quarter mile of these frequent routes, and 64 percent within a half-mile, according to the district.

A new route will be added to connect Memorial Hospital East and HSHS St. Elizabeth’s Hospital via the Frank Scott Parkway.

A new No. 3 route will also create connections between East St. Louis and employment centers in Sauget, Cahokia and North Dupo

Two routes will either be discontinued or replaced; however, the plan offers new options for the riders on those routes, district officials say.

The plan also calls for continuing the SCCTD Flyer on-demand service in East St. Louis and extending its coverage zone into Alorton and the Golden Gardens neighborhood of Centreville.

Route 21, the Scott AFB-Main Base Shuttle, and Route 21x, Scott AFB-East Base Shuttle will also be replaced with the on-demand service.

SCCTD will defer changes to Scott Air force Base, Mascoutah and Lebanon until late 2020 or early 2021.

New Chairman Brad Goacher officially took the reins of the RiverBend Growth Association (RBGA), during the during the organization’s January 23. annual dinner meeting.

Lauritzen, who will become chairman of the Alton-area chamber of commerce organization in 2021, is a representative for County Financial in Godfrey.