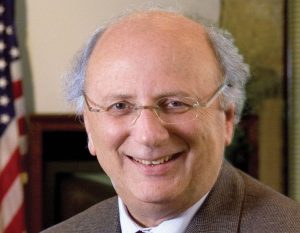 It’s a move likely to be controversial among members of the Lewis & Clark Community College (LCCC) Board of Trustees.

Recently terminated college president Dr. Dale T. Chapman has been named by the Mannie Jackson Center for the Humanities Foundation (MJCHF) as one the first winners of a new Human Spirit Leadership Award

Chapman and two others with ties to the centers are slated to receive the award tonight (Feb. 19) during the MJCHF Annual Distinguished Leadership Dinner at Southern Illinois University Edwardsville.

Bestowed for the first time this year, the MJCHF Human Spirit Leadership Award is intended to honor “individuals who have committed their time, talent and resources to be a contributing leader who values developing an understanding of others,” according to a foundation statement.

LCCC president from 1992 to 2019, Chapman oversaw a quadrupling of enrollment and academic programs at the college, as well as more than $250 million in major capital projects.

Alleging he had over-extended the college, a slate of recently elected LCCC board members last year voted not to renew Dr. Chapman’s contract — then terminated his employment before the contract expired.

The MJCH Foundation supports the Mannie Jackson Center for the Humanities, a division of Lewis and Clark Community College, established to promote quality humanities programming in the areas of education, research, public engagement and leadership.

Instrumental in opening the center, Dr. Chapman is the current executive director of the Lewis and Clark Foundation and a former MJCHF Board treasurer. 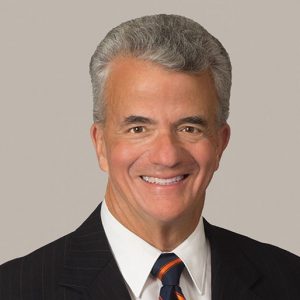 The school’s renovated building no comprises much of the Mannie Jackson Center.

Under the newly expanded program, school districts with higher-than-average tax rates, can use state grants to cover a portion of their annual education expenses; allowing them to reduce the cost savings along to taxpayers in the form of tax abatements.

Districts 187 and 189 are among 39 deemed eligible for the grants this year.

They were selected from among school systems across the state that applied for the grants last year.

Selected districts were determined by the ISBE to have the highest tax rates within their organization type (elementary, high school, or unit district) out of all those that applied.

Before Cahokia or East St. Louis taxpayers can see any benefits, the two districts must still submit abatement resolutions to the St. Clair County Clerk by March 30.

The county clerk must then submit ISBE Certification of Abatement Forms to the state school board.

The amount of tax abatements in the school district were not specified in an ISBE press release last month.

However, the ISBE expects the program to result in a total of $57,313,122 in local property tax saving across the state.

The tax relief grant program was expanded to 11 more school districts this year, thanks to a $3.65 million hike in appropriations for the program in Gov. J.B. Pritzker’s FY 2020 budget.

County clerks often note that school district taxes are generally among the largest on property tax bills each year.

Metro East has long been considered to have some of the highest property tax rates in the state. 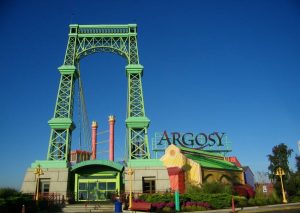 Argosy Casino Alton plans to open Metro East’s first sports betting facility — to be known simply as “Sportsbook.”. With sports waging illegal in Missouri and still not widely available across Illinois, Argosy is hopeful the new wagering parlor will again make the St. Louis area’s first casino a major draw for bettors across the region.

The facility will offer more than 25 big screen TVs with betting windows and self-service kiosks.

Argosy plans to have it open in time for the March Madness NCAA Men’s Basketball Tournament. Tournament team selection is scheduled for March 15.

A Bethalto kindergarten teacher is among five educators honored by the Illinois State Board of Education (ISBE) for leadership and excellence in implementing the state’s Kindergarten Individual Development Survey (KIDS).

Frank has created and shared developmentally appropriate activities, aligned to grade level standards and presented to faculty and staff.

KIDS provides a testing program that teachers use to observe and collect evidence about each child’s math, literacy, and social-emotional skills on entering kindergarten.

Results are used to support students and students, and their families, in and outside of the classroom, with specialized high-quality early learning programs and other resources.

The program was implemented after a 2018 report showed only 26 percent of students enter kindergarten with learning skills expected for children at that age.

However, the KIDS system has drawn criticism from teachers who say it is complex and difficult to use.

The former Alton Gas and Electric Powerhouse, a longtime landmark on the Great River Road, is now listed on the National Register of Historic Places, according to the Illinois Department of Natural Resources (IDNR).

Known more recently the Abbott Machine Company building, the Alton Powerhouse was constructed in 1913-1914 as a substation for the Keokuk, Iowa hydroelectric system.

At the time, the power plant incorporated the most up-to-date equipment available and was considered cutting edge in terms of its capacity to produce hydroelectricity for residential, commercial and industrial customers.

Following the 1928 merger of Union Electric Company and the Mississippi River Power Company, which was at the time owned by the Keokuk’s dam and hydroelectric system, the then-newly upgraded Alton Powerhouse became an emergency station.

The powerhouse is among 12 Illinois sites added to the National Register last year, but the only Downstate site. It was officially listed on the register on Aug. 28.

Historic places in Illinois are added to the National Register by the National Park Service based on recommendations from the Illinois State Historic Preservation Office, a division of the IDNR.