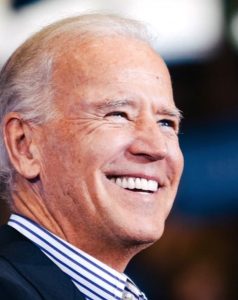 Vermont Sen. Bernie Sanders came in second across the area with about a quarter of the Democratic primary vote.

In Madison County, Biden attracted support from 15,587 voters, or 60.84 percent of the party electorate. Sen. Sanders received 8,583 votes or 33.5percent.  Former New York Mayor Michael Bloomberg (386, 1.51 percent) and Massachusetts Sen. Elizabeth Warren (340, 1.33 percent) were the only other candidates, among the 12 on the Democratic presidential primary ballot in Illinois, to secure at least one percent of the Madison County vote.

Rep. Tulsi Gabbard of Hawaii — the only other candidate still actively in the race with Biden and Sanders at the time of the primary — drew 165 votes or 0.64percent of the ballots cast in Madison County.

Voter turnout was about on par with previous primaries across Metro East— 20 percent in Madison and St. Clair counties; 19.5 percent in Monroe — despite fears of COVID-19 virus infection.

Because county clerks’ offices must accept mail-in ballots through March 31, final primary election canvases cannot be completed until that time and final election results could vary from those initially released following the election.

Summaries of unofficial results for other races across Metro East follow.

However, political novice Peggy Hubbard of Belleville finished a reasonably strong second with 110,718 or 22.9percent. Hubbard won her home turf of St. Clair County with 3,326 votes or 35percent of the GOP primary ballots. 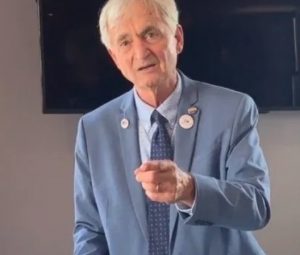 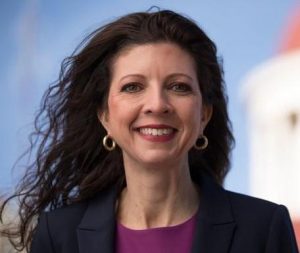 David Overstreet defeated John B. Barberis Jr., in the Republican primary for the Fifth Judicial District of the Illinois Supreme Court, by a margin of 76,838 to 23,618.

In the Republican primary for the Fifth District of the Illinois Appellate Court, Mark Boie defeated Katherine Ruocco, 51,123 to 42,897.Boie will face Democrat Sarah Smith in the fall.

In Madison County, this fall, Democrat Chrystal Uhe will face Republican Tom Haine for state’s attorney.  Uhe drew 12,660, or 54.8 percent of the vote in the March 17 county board District 3, former board member William Meyer scored a GOP primary victory over present board member Philip Chapman. Meyer drew 762 or 64.03 percent of the primary vote; Chapman, 428 or 35.97 percent.  Meyer faces no Democratic challenger in the fall. Chapman defeated Meyer in the 2016 GOP primary.

In Madison County Board District 17, Democratic primary challenger Gary Niebur garnered 747 votes, or 71.14 percent of the tally, to defeat incumbent Victor Valentine, Jr., with 303 or 28.86 percent. Niebur faces no GOP opponent in the fall general election.

In Madison County Board District 19, Dina Burch attracted 572 voters, or 58.85 percent of the Democratic primary vote, to defeat Tammy Davis, with 400 or 41.15 percent.  Burch likewise faces no Republican opponent this fall.

In St. Clair County Board District 2, Democrat Ferris “Chilly” Williams and Republican Marvin B. Strode will compete this fall for the board seat currently held by retiring Joan McIntosh. Williams drew 461 votes or 57 percent of the ballots to defeat Harry Hollingsworth (309, 308 percent) in last week’s Democratic primary. Strode faced no primary opposition.

In St. Clair County Board District 5, longtime board member Lonnie Mosley secured 207 votes or 73percent of the total, to hold off a Democratic primary challenge from Felix F. Arnold (46, 16percent). Mosley faces no GOP opposition this fall.

Voters in both the city of Centreville and the village of Alorton voiced approval for a proposed merger during the March 17 elections.

Centerville residents approved an advisory referendum on the issue with 797 in-favor (75.8 percent) and 255 against (24.2 percent)

Caseyville voters approve a property tax increase for the village fire department, with 227 approving of the measure (63.8 percent) and 129 voting against (36.2 percent).

However, Highland residents elected not to allow cannabis dispensaries in their city, with 709 voting yes (40.4 percent), but 1047 voting no, (59.6 percent).