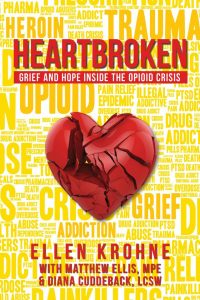 “Heartbroken  – Grief and Hope Inside the Opioid Crisis” details the opioid crisis as it has impacted the St. Louis/Metro East region. The book is available at local bookstores and on Amazon.

As Metro East, like much of the nation, struggles with a prolonged opioid epidemic, a trio of local experts is hoping to help families cope with a growing problem: the loss of a loved one to opioid abuse.

Misuse of opioids across the St. Louis region has risen dramatically over the last decade; with a 400 percent increase in opioid-related deaths, according to Ellen Krohne, primary author of “Heartbroken  – Grief and Hope Inside the Opioid Crisis.”

And Madison County has been one of the hardest hit areas, adds epidemiologist and book co-author Matthew Ellis, of the Washington University School of Medicine in St. Louis.

An ambitious Illinois Department of Health Program (IDOH) program aims to slash opioid related deaths by up to one third in 2020.

Increased treatment funding in Madison and St. Clair counties offers hope that a reduction in opioid deaths will be seen in Metro East, according to Ellis.

However, opioid-related deaths will continue to extract a cost that is not easily measured in objective terms: grief and stigma endured by the surviving family members, Krohne says.

Her new book is one of several, now in print, addressing issues faced by those who have who have lost family to the opioid crisis.

However, “Heartbroken” uniquely offers a handbook with “ways to help those grieving from an addiction loss, specific actions we can all take to help stem the crisis and prevent future young people from this heartbreak, and stop stigma,” Krohne said.

Included is a list of locally and nationally available resources for those seeking help with addiction, as well as a listing of resources for grief support.

It is the only book centered around the opioid epidemic in the St. Louis and Metro East areas, Krohne adds.

A series of seven profiles of opioid abusers serves to illustrate how opioid problems arise in almost any family, Krohne said. 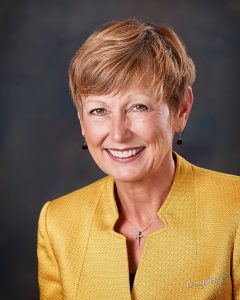 Official release of the book was Thursday, Aug. 29, with a book signing at the Main Street Brewing Company Banquet and Events Center in Belleville.

The book in already available through Amazon and Krohne’s website (www.ellenkrohne.com).

All profits from the book go to the Belleville-based Heartlinks Grief Center, which for 23 years has provided comprehensive grief counseling services across a six-county area of southern Illinois. Services are offered in Madison County through a satellite facility in Edwardsville.

Tackling the opioid crisis in Metro East represents something of a change for Krohne, who for years helped lead economic development in the area.

A former international business consultant and vice-president of customer service for Illinois Power Company, Krohne served as executive director of the influential Metro East business roundtable, the Leadership Council of Southwestern Illinois, until her retirement three years ago.

She became concerned over the opioid epidemic after attending an IDOH program at the Washington County Health Department, held in early 2018 to launch the state’s opioid response plan in Southwestern Illinois.

She has since completed a certification in The Opioid Crisis in America at Harvard University.

Co-author Ellis, a pharmacoepidemiologist with a focus in prescription opioids, has studied the opioid epidemic for over a decade.

Also contributing to the book is Heartlinks Director Diana Cuddeback of Caseyville, who helped launch the Heartlinks outreach program as a part of Belleville’s Family Hospice Services two decades ago.

While some Metro East political leaders still debate the severity of the local opioid epidemic, the evidence is clear to Krohne and her co-authors —particularly in Madison County.

Some 760 people died from opioids — mainly heroin and fentanyl — in the St. Louis area during 2017; the most recent year for which complete data is available. Eighty-two of those deaths were in Madison County, with another 21 in St. Clair County.

However, most telling may be recently released U.S. Drug Enforcement Administration (DEA) data on wholesale shipments of pain pill from manufacturers and distributors. 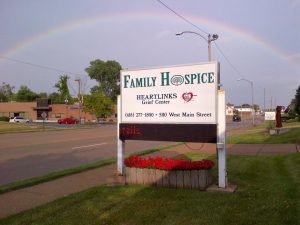 An analysis by the Washington Post suggests wide variability across the St. Louis region in pill dispensing; with per-capita pill shipments to Madison County nearly double those compared to the adjacent City of St. Louis, according to Ellis. Shipment rates to some rural counties were even higher.

The DEA data shows pill shipments to many areas increased, even as the opioid crisis worsened and began drawing attention, according to the Post.

However, for all the data, Krohne and the co-authors believe their book’s profiles of opioid users, most from Metro East, may offer the most meaningful insights into the opioid crisis. Among them:

Federal DEA reports for opioid hydrocodone and oxycodone shipments to Metro East counties, over the period 2006 to 2012, according to the Washington Post analysis, show:

On the outskirts of Metro East:

In all, there were 1,942,223,754 prescription opioid pain pills supplied to Illinois pharmacies over the six-year period.

On the Missouri side of the St. Louis area: