O’Fallon city officials are excited about a new commerce center they say will be one of the largest in the St. Louis region. The City Council gave the project its final approval in June. (Photo courtesy of city of O’Fallon)

One of the largest industrial and logistics parks in the St. Louis area is coming to O’Fallon.

When completed, the industrial complex will encompass some 200 acres; bounded by Interstate 64 on the north, Illinois Route 158 on the west, and Mid America Airport/Scott Air Force Base on the south, according to the TriStar Companies, LLC, the developer for the project.

For TriStar, which has played a key role in Metro-East’s rise as a logistics center, it will represent the latest in a series of major projects on the Illinois side of the St. Louis area.

For O’Fallon officials, it represents a text-book example of intergovernmental cooperation to facilitate a long-sought development objective. 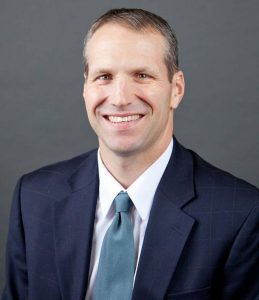 A comprehensive master plan for the industrial park is still being finalized by TriStar and O’Fallon city officials.

However, planners can say that the complex will be developed in two phases — the first involving 1.5 million square feet of construction on 166.59 of the site’s 200 acres.

However, TriStar reportedly hopes to begin at least some work later this year.

Primary access to the Mid America complex will be off Interstate 64, via the Rieder Road exit. The development will be looped by new public streets with access to Shiloh Valley Township Road.

Sanitary and groundwater sewers for the tract will be constructed by the City of O’Fallon; utilizing a new main along Rieder Road that will eventually open another 1,500 acres to development, city officials say.

The tract currently lies in unincorporated St. Clair County and is zoned Agricultural Industry District. However, under an annexation agreement struck with TriStar in February, lots will be annexed into O’Fallon, and rezoned to Planned Industrial Development, as site plans for specific buildings are approved by city officials.

The project comes as the result of a campaign undertaken by the city last year to aggressively market the property.

Tax abatements for the project will be provided under the terms of an intergovernmental agreement, finalized in April, by the City of O’ Fallon, St. Clair County, O’Fallon Township, and O’Fallon school districts, and other local taxing entities.

The project will also receive incentives as part of the State of Illinois’ Mid-America Enterprise Zone, which encompasses the area.

Roads in and around the facility are to be constructed under the terms of a traffic study, which must still be approved by St. Clair County Department of Roads and Bridges.

Because the project lies in the overfly path of aircraft taking off and landing at Scott AFB and Mid America Airport, the development must comply with an airport overlay ordinance, jointly developed by St. Clair County, the City of O’Fallon, and other local jurisdictions.

Since opening its doors in 1996, St. Louis County-based TriStar has spurred development of large warehousing and distribution centers in Metro East with a combination of capital and development expertise.

Though often described as primarily a co-investor and broker for large scale real estate projects, TriStar also works with a range of standing partners and local interests to facilitate nearly all aspects of project development, company officials say.

“We co-invest with funds and local operating sponsors to create value through acquisition, development, redevelopment, repositioning and/or recapitalization of real estate assets,” the company’s website explained.

Other notable tenants at Gateway include Proctor and Gamble, which has an 800,000-square-foot distribution center, and Amazon, which has a 717,000 square-foot fulfillment center in an adjoining business park.

TriStar is currently developing a 176-acre, $115 million campus for St. Louis-based World Wide Technology in the Gateway complex. The project represents the largest industrial property transaction in the metro area’s history, according to TriStar.

Gateway East 594, a 593,940 square-foot truck terminal facility in the Gateway Center, will be expanding roughly one million square feet, the developer says.

Key to TriStar’s projects has been has a longstanding relationship with Pacific Coast Capital Partners, LLC, a Los Angeles-based financial and investment management firm, according to the TriStar website. However, TriStar has also brought in investors from Texas and other areas of the nation.

Though known as a built-to-suit specialist, the firm commonly develops “spec” buildings on its industrial campuses; which have generally been snapped up by major tenants.

TriStar holds varying levels of equity in its projects, which the company generally sells after about 10 years.