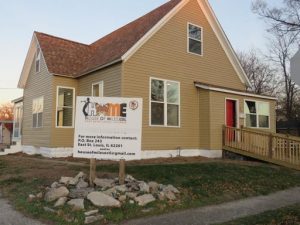 East St. Louis’ House of Miles has plans for renovations to the former home of the late jazz trumpet legend Miles Davis. The proposed state of Illinois 2021 budget includes some funds for the project. (Photo courtesy of House of Miles)

Funding would come from about 180 specific grants to 70 or more to political subdivisions and other entities, in Madison, Monroe and St. Clair counties, according to a proposed budget, released Feb. 20.

Most of the funding would come through the governor’s Rebuilding Illinois program, though some would come from other sources such as the state’s Transport Bond Fund.

Both the governor’s office and critics of the spending plan say full implementation is dependent on approval in the November general election of an Illinois constitutional amendment to allow a graduated state income tax, as well as other factors.

Several of the largest projects covered in the proposed budget, such facility expansions at Southern Illinois University Edwardsville and the expansion of Metro Link light rail services to MidAmerica Airport, had already been publicly announced prior to last week’s budget announcement.

Some capital improvements projects are specified by name in the governor’s budget, most are listed simply as grants for “infrastructure improvement” and some are listed without additional description.

The exact amount funding allocated to Metro East’s three core counties under the budget is difficult to determine due to the use of “placeholder” numbers in the proposed budget to indicate costs, which may not yet be fully known.

In addition, statewide grants programs would not award grants until sometime in the budget year.

The university is also slated to get $3,528,932 for renovating and constructing a science laboratory; $125,000 For replacing windows and other capital improvements; $1 million for construction of a laboratory at the SIUE School of Dentistry; $270,000 for renovating the university’s chiller plant and other capital improvements, and $1,350,000 for “capital renewal.” 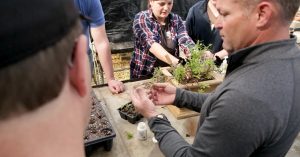 Under Gov. J.B. Pritzker’s proposed 2021 budget, Lewis and Clark Community College in Godfrey would receive $40,725,000 for capital projects, including the renovation of greenhouses. (Photo courtesy of LCCC)

At $96 million, the planned extension of Metro Link from Scott Air Force Base to MidAmerica Airport is the biggest single, Metro East transportation project to be allocated funding under the proposed budget.

In addition, the St. Clair County Intergovernmental Grant Department would be issued funding for allocation to local communities over the coming year.

With flooding a recurrent problem in many Metro East communities, the proposed state budget provides specific funding for several water- or sewer-related projects in the area.

Nameoki Township — scene of substantial flooding last year — would be allotted funding for replacement of pumps at its Courtney and Wabash pump stations, plus $25,000 for lift station repairs and Improvements.

The township would also be allotted at least one grant of $75,000 for general infrastructure improvements and up to four additional grants of $170,000 for unspecified projects. 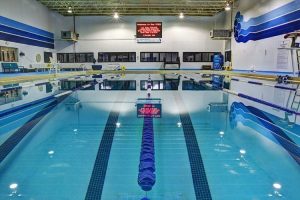 It would also be allotted $8,029 for heating and air-conditioning replacement at its senior center.

Alton Township would be allotted $50,000 for general infrastructure grants, plus up to five grants of $75,000 for projects unspecified in the proposed budget.

Stites Township would be allocated $50,000 for general infrastructure improvements.

Venice Township would be allotted $100,000 for infrastructure improvements at Eagle Park.

Other entities slated for allocation under the proposed budget:

A complete listing of proposed capital improvement in the proposed state budget can be accessed at www2.illinois.gov/sites/budget/Pages/default.aspx