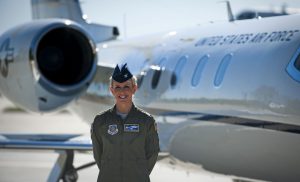 Local communities have helped Scott Air Force Base grow from a pilot training base during World War I to the Nation’s premier transportation and cyber hub today.

On June 10-11, the base is opening its gates in celebration of its 100-year partnership with you.

The air show and open house highlight not only Scott’s history and United States Air Force airpower but also the capabilities of all our military services.

The command’s air operations center provides global humanitarian aid, mission supplies and transportation requirements for the entire U.S. military. Scott Air Force Base plays a major role in making sure that U.S. troops around the world can complete any mission, in any place, at any time.

For the last 100 years, the base and the region has grown together and formed an unbreakable bond: an installation and a community working hand-in-hand for the greater good.

The public can find updated information about the base and the airshow at www.scott.af.mil.