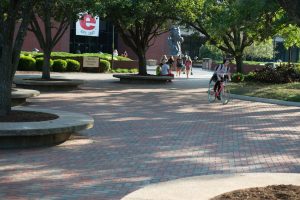 Southern Illinois University Edwardsville new bid for independence comes after the Carbondale campus, is once again requesting a multimillion dollar, mid-budget-year fund transfer from Edwardsville to support its operations. (Photo courtesy of SIUE)

Legislation (HB5861) to split the two universities into separate institutions was filed April 19 in the Illinois House of Representatives by State Rep. Jay Hoffman (D-Swansea)

However, enrollment at SIUE is currently increasing and expected to exceed the enrollment at SIUC, traditionally the larger and more prosperous of the two universities, as early as the fall semester of this year.

In the fall of 2017, SIUE had 13,796 students and SIUC had 14,554. However, enrollment at the Carbondale campus has been steadily decreasing over recent years.

SIUE’s new bid for independence comes after the Carbondale campus, for the second time in two years, requested a multimillion dollar, mid-budget-year fund transfer from Edwardsville to support its operations.

The Southern Illinois University (SIU) Board of Trustees, which currently oversees both universities, on April 12, rejected a proposal to shift another $5.1 million in state appropriation funding from Edwardsville to Carbondale.

“We recognize that SIUC has its budget challenges, but those challenges should not impede the progress of SIUE which depends, in part, on an equitable distribution of the state allocation. The time has come for SIUE to capitalize upon its strengths and potential to create a new era, something that has been recognized by our legislators,” Pembrook said in a prepared statement.

Under the proposed legislation, the Edwardsville and Carbondale universities would be governed by separate boards of trustees and the state legislature would be given authority to allocate funding for each separately. 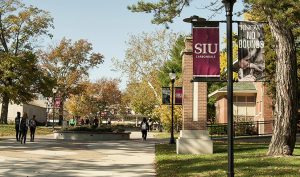 Currently, the legislature allocates funding each year to the SIUE System, and the SIUE Board of Trustees divides it among the two campuses.

Rep. Hoffman’s legislation proposal would make all of the SIU System’s health schools — the School of Medicine (located in Springfield but considered a part of SIUC), School of Dental Medicine, School of Pharmacy, School of Nursing — a part of SIUE.

The School of Law would be designated part of SIUC.

The East St. Louis Center, an off-campus early childhood development center operated under the auspices of SIUE, would remain part of the Edwardsville-based operations.

Opponents warn separation may not be simple and will hold pitfalls. For example, the Carnegie Classification of Institutions of Higher Education lists SIUC among its elite “R1: Doctoral Universities” allowing it to confer doctorate degrees based on the “highest research activity” in the nation.

The designation effectively allows SIUC to function as a research university would not be transferable to the SIUE, administrators at the Carbondale campus say.

However, some at SIUE believe the proposed separation could be better received this year than in the past.

Last week’s Board of Trustees vote came following extensive testimony from SIUE faculty and staff on the problems posed by the campus’ limited budget at a time of increasing enrollment.

SIU System President Randy Dunn has yet to weigh in publicly on the matter. An SIU System staff review of the proposed legislation is expected shortly.

Alternative legislation (HB 5860), also filed April 19 by 111th District Rep. Monica Bristow (D-Alton), would reorganize the SIU Board of Trustees with an eye toward equal representation for both campus. Under that bill, the gubernatorially-appointed, seven-member board would be required to consist of three appointees with a degree from SIUE, three with a degree from SIUC, and one who did not attend an SIU school. The board’s student member would be changed from a voting to a nonvoting trustee.