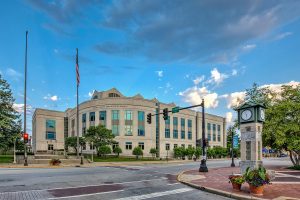 Most Illinois counties in the St. Louis Metropolitan Statistical Area (MSA) report operating surpluses for fiscal year 2017, according to the Illinois Office of Comptroller.

However, several of the area’s largest regional special taxing districts report deficits or no data, according to the website.

No Metro East counties or large regional taxing entities are yet listed as “delinquent” by the comptroller’s office.

Illinois counties, municipalities, and special taxing districts are required to annually submit audits to the state comptroller office. Information from the audits is then posted to state comptroller’s “Warehouse” online database of financial reports (www.warehouse.illinoiscomptroller.com).

Under terms of a 60-day deadline extension issued by the state comptroller’s office earlier this year, St. Clair County is scheduled to file its fiscal year 2017 report on Aug. 28; following final approval by the county board.

The extension was necessary to allow auditor time to adequately review county financial records following the close of its fiscal year on Dec. 31, according to a staff person in the St. Clair County Auditor Patty A. Sprague.

The staff person declined to say whether the county would post another deficit this year. 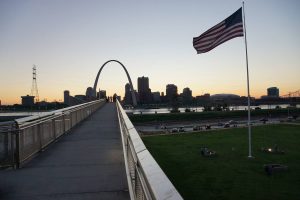 For Lewis and Clark Community College in Godfrey, the state comptroller’s website lists only population and total equalized assessed valuation data for fiscal year 2016 and no data for 2017.

The Lewis and Clark Community College District covers northern Madison County, all or most of Calhoun, Greene, Macoupin, and Jersey counties, as well as very small portions of Scott and Morgan counties

Southwestern Illinois College serves all of St. Clair County plus communities in Monroe and Randolph counties and in the southern half of Madison County.

The Madison County Transit District reports total expenditures of $33,148,958 and total revenues of $37,568,824 for fiscal year 2017; indicating a surplus of $4,419,866. The state comptroller’s website lists no total indebtedness data for the transit district.

St. Clair County’s Metro East Transit District reports total expenditures of $69,940,124 and total revenues of $67,564,929 during fiscal year 2017; indicating an operating deficit of $2,375,195. The district reports total indebtedness of $44,971,177. The deficit comes as the Bi-State Development Agency, which provides bus and Metrolink light rail service in the county, is asking for an additional $3 million in annual funding from the district.

The Randolph County-based Kaskaskia Regional Port District reported total expenditures of $764,963 and total revenues of $712,086; indicating an operating loss of $52,877 for the fiscal year. The district reports total Indebtedness of $811,173.

The district until recently owned and operated several Collinsville area attractions, including the Splash City waterpark and Willoughby Farms. However, the district board has now transferred ownership of its assets to the Collinsville Recreation Department or other local entities amid growing concern over the district’s financial status. 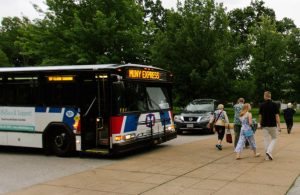 A group of district residents, led by Collinsville Township Trustee Derrick Keith Cox, recently submitted petitions, with more than 6,750 signatures, calling for the dissolution of the district. District officials will now determine the election during which the dissolution question will be put to voters.

The state comptroller’s website lists no indebtedness for the district, which owns and maintains the Malcom W. Martin Memorial Park on the banks of the Mississippi River in East St. Louis. It also maintains a segment of the Trailnet hiking and bicycle path network, extending from O’Fallon to Troy.

The state comptroller’s website does not indicate whether deficits were covered through balances brought forward from previous fiscal years. In most cases total indebtedness reflects mostly long-term debt, such as bond issues, but could include work cash loans or other forms of indebtedness.

All of the entities listed above, expect the Madison County Transit District, are responsible for employee pension or retirement plan funding, which is not included in the total indebtedness figures.

MSAs are designated by the federal Office of Management and Budget to denote geographic region with relatively high population density at their core and close economic ties throughout the area.