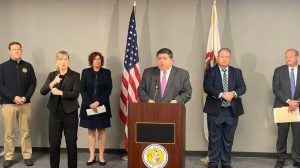 Gov. J.B. Pritzker holds a St. Clair County news conference on March 18 to discuss the state’s response to the coronavirus pandemic.  Every county in the state now has confirmed cases. (Photo by Bob Pieper for Chronicle Media)

St. Clair County will remain an officially declared disaster area through the duration of the COVID-19 epidemic, after seven presumed cases of the infectious coronavirus were diagnosed in Metro East over a five-day period.

Fearing Metro East could become a hotspot in COVID-19 pandemic, Gov. J.B. Pritzker and a bevy of high-ranking state officials descended on St. Clair County March 18 to plead in-person for compliance with efforts to control the disease.

“I know the trouble this causes,” Gov. Pritzker said at a press conference; referring to state orders that have closed schools, shuttered restaurants and bars, and limited social gathering to 50 people or less.

Particularly concerning to state and local officials: at least three of the seven presumed COVID-19 cases across Metro East at the Chronicle’s deadline, have not been related to international travel — suggesting “community spreading” of the infection.

The presumptive COVID-19 cases in Metro East are the first in central or southern Illinois.

A disaster declaration, approved by the St. Clair County Board the day after Gov. Pritzker’s visit, makes the county eligible for special state assistance authorized by the governor on March 9, when he declared a statewide emergency due to the spread of COVID-19.

The extended disaster proclamation was approved by the St. Clair County Board during an unusual emergency meeting.

To issue the declaration as soon as possible, the board held its March meeting a week early — with all 28 members allowed to attend by phone — all under special authority granted by the governor.

Just prior to the county board meeting, Mascoutah and O’Fallon became the first Metro East cities to issue local emergency declarations related to COVID-19. 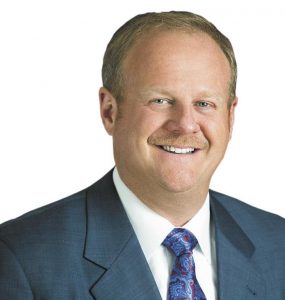 The O’Fallon declaration is intended to help the city recover some costs associated with combating COVID-19, according to a statement from Mayor Herb Roach.

The mayor called a special meeting of the O’Fallon City Council for March 23 to discuss issues related to the disease.

While Clinton, Madison and other southwestern Illinois counties have issued statements urging precautions against COVID-19, only St. Clair County so far has issued a formal disaster declaration.

Although it has no reported cases of COVID-19, Scott Air Force Base has raised its Health Protection Condition from Alpha to Bravo, the announcement of the cases in St. Clair County.

The elevated health protection condition allows non-mission critical airmen and civilians to work from home or, if not authorized to work remotely, take time off.

About a dozen base leisure and recreational facilities, such as the base library, have temporarily closed and most of the rest – notably restaurant and food stands – are limiting hours or services.

The Monroe County Board, March 16, approved a set of Health Department Emergency Preparedness and Response and Communicable Disease Control Quarantine Rules and Regulation, outlining procedures for quarantining individuals with COVID-19.

The rules must still be approved by the Monroe County Board of Health.

The county board also released $100,000 in health department reserve funds for COVID-19 responses, with at least a quarter going to area schools that have been closed due to the epidemic.

The specimen collection site is open seven days a week from noon to 6:00 p.m. However, test authorization by a physician or health department is required.

The following day, the Clinton County Health Department announced a female non-resident, currently staying in the county, had tested presumptive positive for the coronavirus.

That same day, Clinton County Health announced two more county residents — a man in his 60’s and a woman in her 20’s — had tested positive for the coronavirus.

On March 19, St. Clair County announced its third presumptive case of COVID-19 — a man in his 50s.

Madison County officials were similarly nonspecific regarding travel outside the U.S. as a factor in the suspected COVID-19 case there.

None of the presumptive COVID-19 cases in Clinton County appear related to international travel, according to the county health department.

All those testing presumptively positive for COVID-19 in Metro East are cooperatively self-isolating in their residences and doing well, according to health officials. 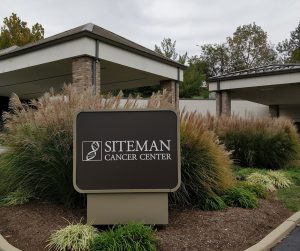 At the Chronicle’s deadline, a total of 35 people had been tested for COVID-19 by the St. Clair County Health Department; with three positive results, 29 negative results, and results in three cases still pending.

COVID-19 test results indicating the presences of the corona virus are considered “presumptive” until confirmed by the U.S. Centers for Disease Control and Prevention (CDC).

The news conference, at the St. Clair County Courthouse Annex, came a day after the Illinois State Police (ISP) conducted a conference call with 600 municipal and county law enforcement agencies across the state to coordinate enforcement of the bar and restaurant shut-down, according ISP Director Brendan Kelly.

Violation of the ban is a Class A misdemeanor, which Kelly said, will be referred to local authorities for action regarding liquor licenses, business licenses, or public health codes such as restaurant standards.

“It would put them out of business,” Gov. Pritzker observed.

St. Clair County Emergency Management Agency Director Herb Simmons told the Chronicle that St. Clair County 911 operators were immediately instructed to note noise complaints or other calls that might indicate a bar, restaurant or gathering is out of compliance with the order.

“So far, we haven’t had any,” Simmons said, adding that dispatchers have been instructed to contact him personally regarding such calls.

Gov. Pritzker said the close order was not prompted by any violations here of his two previously imposed orders banning gatherings of 250, then 50, people. He said the state has no indication that any Metro East establishments intend to defy the ban.

Instead, those bans, like a subsequent order to close Illinois schools, were imposed as scientific evidence, warranting such action, was developed, Pritzker said.

Illinois is leading the nation in state response to COVID-19, he said.

Asked if a somewhat “slower” response to COVID-19 in neighboring Missouri might pose a threat to Metro East, Pritzker called for greater guidance from the White House for inform uniform action by all states on COVID-19.

The City of St. Louis has five COVID-19 cases and St. Louis County reports 10, as of the Chronicle’s deadline.

The Greater St. Louis area could soon have a unified response to COVID-19, Simmons told the Chronicle.

Details have not yet been provided to the EWG board, on which Simmons serves.

The daily briefings, from Board Chairman Kern and other officials, cover major action like the disaster declaration and reports of new cases.

However, the webpage also offers advisories, sometimes hourly, from state and county agencies, businesses and organizations, and information, and local government.

Frequently-used even prior to the COVID-19 epidemic, the county EMA Facebook page has had more than two million views since it was established in 2017, according to Simmons.

The daily COVID-19 briefings are also posted on YouTube at https://tinyurl.com/STCEMA