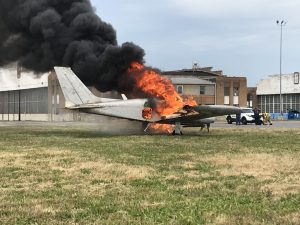 The Eastern Missouri and Southwestern Illinois region now has a plan in place for coordinated response to epidemics, large scale hazardous chemical releases, bio-terrorist attacks or other bio-emergencies.

Local health departments from 15 counties in Missouri and Illinois took part in the two-week readiness exercise at St. Louis Downtown Airport in Sauget — which represented one of the first tests ever of the federal government’s full, comprehensive bio-emergency response strategy for major metropolitan areas.

It was part of the U.S. Centers for Disease Control and Prevention’s (CDC) Cities Readiness Initiative (CRI); designed to enhance preparedness, in the nation’s largest population centers, for large-scale public health emergencies

The program’s goal: provide patients with appropriate treatment promptly, by ensuring delivery of medical countermeasures from the national stockpile, and distribution of the medicines through local channels, within the critical first 48 hours following declaration of a bio-emergency.

Medical treatment for anthrax, other common chemical bioweaponry agents, as well as for many infectious diseases is considered critical within 48 hours.

The Strategic National Stockpile (SNS) is the United States’ national repository of antibiotics, vaccines, chemical antidotes, antitoxins, and other critical medical supplies; stored in a massive warehouse at a secret location near Washington, D.C.

The SNS can have “push packages” of medicines or supplies to anywhere in the continental U.S. within 12 hours, according to the CDC.

The packages are warehoused in a dozen classified facilities under 24-hour armed guard protection and delivered by unmarked trucks or airplanes to local destinations; accompanied by U.S. Marshals.

However, local health officials may then not always have a well-organized system for getting those medicines to the patients who need them, the CDC notes.

Complicating the situation further, victims of bioweaponry agents or most serious infectious diseases, will require not just immediate treatment but a long-term regime of care – which local health department may not be used to providing.

The St. Louis area is now among 72 metropolitan areas that have developed and tested local bio-emergency response plans, since the CDC began the CRI program in 2004.

Its plan is among the few covering two or more states.

However, the St. Louis program stands out as one of the first tested applications of one CDC’s full CRI program — including its Long-Term Medical Countermeasure Dispensing Plan. That plan intended to ensure patients get up to 50 additional days for treatment for harmful biological or chemical exposures. 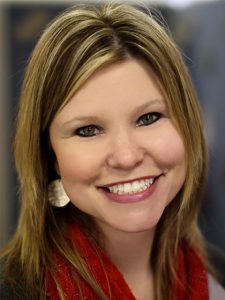 Anthrax response plans, exercises, and assessments over the past decade have focused almost exclusively on the first 48 hours of the public health response following a jurisdiction-wide exposure and provision of an initial 10-day supply of antibiotics from the Strategic National Stockpile (SNS),” notes a National Association of City and County Health Officials (NACCHO) web page on the subject.

“But mass dispensing of the subsequent 50-day course of antibiotics and administration of the 3-dose vaccine series have received considerably less attention, although these follow-up activities may prove even more complex.”

The Philadelphia Department of Public Health, in 2014, became the first to conduct a mass prophylaxis planning exercise to assess throughput and accuracy and to evaluate the resources needed to operationalize a long-term mass dispensing model.

To create a more realistic simulation, the volunteers included individuals with disabilities who required a little extra time to be processed. Some of the patients were given instructions to act in specific ways to interrupt the process, testing the response protocols of onsite police officers.

Others were given paperwork indicating they had health conditions that may have impacted their ability to be treated, so the nurses had to respond accordingly. In all, 150 patients were processed within an hour, which Yeager and others leading the exercise noted was a significant achievement.

“We’re extremely happy with the way the planning process went for the event and with the actual exercise,” said Myla Oliver-Blandford, assistant administrator for East Side Health District.

“It’s amazing to see so many agencies work together and have all hands-on deck, because we’ll need all hands-on deck in the event of a true emergency. It was really great to see everyone work as one unit and have it go so well.”

Barb Hohlt, executive director of St. Clair County Health Department, highlighted how vital it is for the region to collaborate in this way.

“I can’t underestimate the importance of being able to join together several different groups for an exercise like this,” said Hohlt. “In a real event, no one agency can do it all themselves. You need all these bodies to force the system and test the system’s response. Even if we hope and pray we never have to use it.” 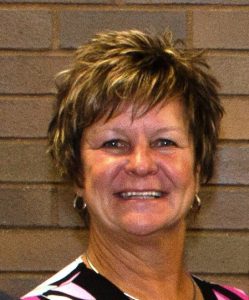 During the last part of the exercise, an old unusable aircraft was set ablaze to simulate a situation where a plane was deliberately flown over the site of the POD and purposefully crashed in an attempt to disrupt the distribution effort.

Emergency responders from the St. Louis Airport Fire Department and Sauget Fire Department got to practice extinguishing the burning plane, and MedStar Ambulance also had vehicles at the site.

“While it was timed so it didn’t actually interrupt the health department exercise earlier in the morning, the plane burn added another element to it by calling attention to the fact that even a well-planned response could be further tested,” said Erick Dahl, executive director, St. Louis Downtown Airport. “Most importantly, it gave our emergency responders the opportunity to also evaluate their responsiveness.”

“We have such a great group of people here and such a great region,” said Beth Bussmann, regional coordinator for the Illinois Public Health Department. “New York hasn’t done it. LA hasn’t. The feds are looking at what we’re doing because we are trend setting. We are advanced. We are the best in the country.”

Any regional emergency response plan has to include agencies that work for and aid older residents and those with disabilities, according to the National Association of City and County Health Officials. (Photo courtesy of NACCHO)