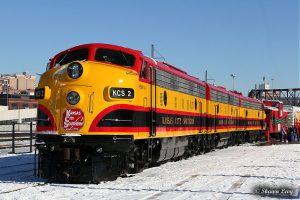 Jerseyville’s planned new Mid-American International Gateway Business Park is destined to become nothing less than the focal point of trade between Mexico and much of Mid-America, developers promise.

Located at the northern-most terminus of the only major north-south rail line linking Mexico and the Midwest, the 1,400-acre complex will become a major freight transfer and distribution center for a service area extending roughly 500 miles around the site, according to the Kansas City Southern Railroad, the rail line operator and one of two major partners in the privately-funded development project.

With development costs for rail, trucking, warehousing and distribution complex placed at around $500 million, the business park has potential to become one of the largest development projects ever undertaken in the Midwest, according to planners from Atlanta-based Stonemont Financial Group, the private equity firm funding the complex.

Considering the numerous businesses that are expected to be attracted to the site over the coming years, total private investment in the distribution center could ultimately run closers to $1 billion, Stonemont’s William “Zach” Markwell told the roughly 1,000 Jerseyville-are residents who turned out March 1 for the official announcement of the project.

When completed, the new multimodal freight center is expected to employ about 1,000 workers in permanent positions, according to Jerseyville Mayor William “Billy” Russell. In the meantime, the development of the business park will create numerous jobs in construction and related fields, he said. 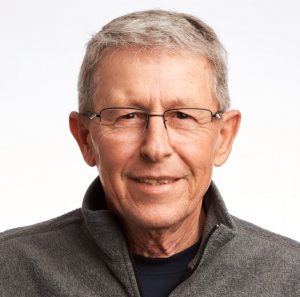 No start date for construction or opening date for the business park were announced.

Spokespersons for Stonemont and the railroad say it will probably take until the end of this year to finalize the engineering and architectural design for the business park and complete financial “due diligence” processes.

Other than Kansas City Southern, no business park tenants were announced.

Nevertheless, Markwell and other spokespersons assured that the Jerseyville business park will become reality.

Among the design issues still to be addressed: how the new business park will blend in with the area’s present roadways, railroad track and other existing infrastructure.

No definitive plans were outlined, during last week’s public announcement, for the widen and relocation of U.S. Highway 67; which will be required to handle substantially increased truck traffic in the area and make the business park viable, according to both Kansas City Southern and Stonemont.

However, Mayor Russell told reporters that Illinois 13th District U.S. Rep. Rodney Davis (R-Taylorville) has assured him that the U.S. Department of Transportation will now move funding for a proposed Jerseyville Bypass on Hwy 67 further up on its priority list.

Plans call for development to begin at the north end of the tract and proceed outward as warranted.

Though presently south of the Jerseyville city limits, plans call for annexation of the site into the municipality, to secure municipal police and fire protection.

The tract is within federally designated Foreign Trade Zone No. 31, which also covers Americas Central Port in Granite City, the Gateway Commerce Center near Edwardsville and MidAmerica St. Louis Airport, adjacent to Scott Air Force Base near Belleville. 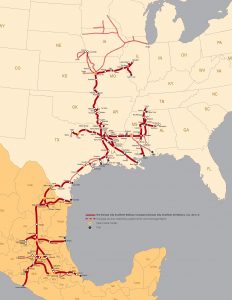 The Kansas City Southern tracks extend south from Jerseyville and Springfield to Mexico City and a couple of coastal points beyond; with links to major ports or commercials centers like Houston, Dallas and New Orleans along with way.

The trade zone status will make the Jerseyville business campus an advantageous location at which to process, store or assemble goods from those points of origin, developers say.

U.S. Customs Bureau offices will be established in the complex to inspect outgoing materials and collect applicable duties, developers add.

Kansas City Southern is one of only six railroads defined by the U.S. Surface Transportation Board as a major, or Class 1, rail line capable of transporting large volumes of goods across vast expanses of North America. (To qualify under the board’s most recent definition, a railroad had to carry $433 million in freight annually.)

The tract also lies within the recently approved Jersey-Greene Intermodal Enterprise Zone, which covers Greene, Jersey and a section of northern Madison County including Godfrey.

While the proposed development of the new Jerseyville business park was the primary factor in approval of the new enterprise zone by the State of Illinois, the zone was plotted to encourage opportunities for business development along the Kansas City Southern line in nearby communities.

Locally, a tax increment financing district is to be created for the Mid-American International Gateway Business Park — the fourth in the area.

However, Jerseyville is reportedly providing no other subsidies or incentives for the development.

— Jerseyville can be Midwest’s primary trade hub with Mexico —-