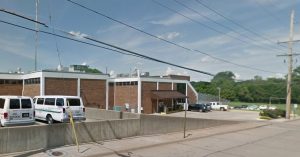 Together, the two ballot issues would increase sales taxes across St. Clair County by 2 cents, raising a total of $44 million for law enforcement-related entities and school district facilities.

The law enforcement tax would include funding for renovation of the St Clair County Jail — twice rejected by voters in the past.  Area school superintendents say the education tax fund dedicated exclusively to school district facilities would help offset the cost of new building construction, building improvements, or service of existing debt for facilities, in an era of increasingly tight school district budgets.

However, backers of the law enforcement tax acknowledge they must overcome demonstrated reticent on the part of voters to approve jail improvement funding.  They also admit they must counter a perception among local voters that revenues from the new tax may not actually go to law enforcement, but instead to subsidize expensive county-backed building projects such as MidAmerica St. Louis Airport.

Fearing that the two tax-increase proposals might essentially compete with each other, law enforcement and school district leaders last month decided to launch a joint effort to encourage county voters to approve both.

Their “Yes for Safety, Yes for Kids, Yes for Our Future“ campaign was officially unveiled last week.

According to proponents, the proposed 1 cent law enforcement sales tax increase would raise a some $22 million annually and be allocated as follows:

▪ $6 million a year for jail renovation and modernization of the St. Clair County Jail;

▪ $5.5 million a year for municipalities and unincorporated areas, distributed on a per capita basis, to be used for police or fire department enhancements;

▪ $2 million a year for the St. Clair County Probation Office;

▪ $1 million a year for security improvements at the St. Clair County Courthouse;

▪  $500,000 a year to the Metro East Police District Commission for the implementation of a district public safety plan;

▪  $500,000 a year for a new police shooting range, available to all county law enforcement personnel;

▪  $50,000 annually for a new countywide emergency alert system, and

The St. Clair County Jail over recent years has been the target of several law suits alleging overcrowding or other problems at the facility.

Fearing federal officials would step in to order a new jail built, the sheriff’s department, since 2012, has been regularly releasing inmates to alleviate overcrowding.

The St. Clair County Building Commission has approved a five-year improvement program for the jail.

However, the county board solidly rejected a 0.25 cent sales tax for a $37 million expansion of the jail in March, 2014.

East St. Louis District 189 reportedly plans to use the sales tax to undertake a $47 million in building improvement program.

Superintendents in several districts have indicated they hope to use the new tax revenues to pay down existing debt instead of using property tax revenues.

Belleville School District 201 officials say they will attempt to reduce the district’s property tax levy if the sales tax passes.

The sales taxes would both exempt groceries, medications, and titled vehicles.