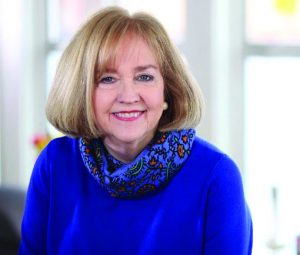 A proposed new “Metro City” regional government structure involving the City of St. Louis and neighboring St. Louis County, will not include any portions of Metro East, spokesperson for Pelopidas, LLC, the government relations firm spearheading the merger effort, told the Chronicle.

However, the debate over the highly controversial St. Louis merger proposal is serving to focus new attention on financial issues facing municipalities on both sides of the Mississippi River.

“Total unrestricted net position decreased by $291.3 million for the (fiscal) year ended June 30, 2018,” the CAFR reports; noting that decrease was in part due to new accounting rules that require the city to more accurately list expenses for non-pension employee benefits.

While significantly smaller than St. Louis’, budget deficits were reported to the State of Illinois by at least 14 of the 63 Metro East cities and villages listed last year on the Illinois Office of Comptroller’s “Warehouse” financial data web page (http://warehouse.illinoiscomptroller.gov). This was reported by the Metro East Chronicle in August 2018. 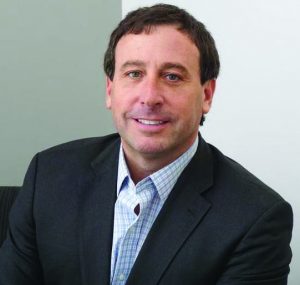 In addition, three Metro East cities — Brooklyn, East St. Louis and Washington Park — have not reported data in the past three years, according to the website.

In East St. Louis, the city’s current budget deficit turns out to be $5.5 million, according to data confirmed last week for the Chronicle by the office of Mayor Emeka Jackson-Hicks.

And that lack of reporting has become a sore spot for the mayor, who says she “inherited” serious fiscal problems that were effectively hidden by past administrations from her and the public.

The new corporation would assume the city’s fiscal obligations and receive designated tax revenue streams that would be used to pay off all back-debt — including any liabilities for unfunded pension plans — within seven years.

The proposal drew a skeptical response from reporters and numerous local officials on hand.

In East St. Louis, response to the city’s $5.5 operating deficit have been somewhat more conventional. 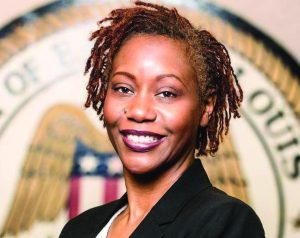 Ultimately Mayor Jackson-Hick and the council opted against major cutbacks and approved the new budget with only cost trimming. They are instead hoping for assistance from the state.

“The City is not looking to the gaming industry for additional funding at this time; however, the City is hopeful that a sports betting bill will pass at the State Level.  This will increase revenue for the casino which will ultimately be a benefit to the City,” the mayor said in a prepared statement to the Chronicle.

“With the decrease in homicides by 42 percent and the decrease in our ISO rating allowing our citizens to save on insurance, our police and fire department have made major contributions to City of East St. Louis.  We are not considering cuts for these departments at this time,” she added. “Budget deficits mean challenging times for our city therefore, we will use every resource to increase revenue and minimize expenses before we make cuts to these critical departments.”

However, critics say that budget cuts or new funding of some kind, the city will run out of operating revenue by about the end of October.

Other fiscal year 2017 municipal budget deficits across Metro East ranged from nearly $5 million in Edwardsville to about $23,000 in Worden.

Edwardsville reported a deficit of $4,899,859, on total revenues of $47,328,004, with total expenditures of $52,227,863.  A phone call to the office of Edwardsville City Clerk Jeanne Wojcieszak for details had not been returned at the Chronicle’s deadline.

Area officials note that even large budget deficits can sometimes appear on a municipality’s books as the result of one-time events or changes in accounting requirements.

Grafton, in FY 2017, reported a deficit of $3,049,019, after selling the village sewage plant to Illinois America Water. The village was required to write-off the undepreciated value of the plant on its books, explained City Treasurer Joseph Soer. 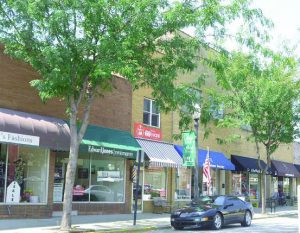 Deficits in the city general fund and TIF funds added to the total. However, the proceeds for the sewage plant sale allowed the village to payoff its bonded indebtedness; leaving the city with no long-term debt.

The Illinois Comptrollers’ website lists only outdated 2016 figures for the Village of Alorton. However, that data suggests the village was in reasonably good fiscal shape; with total expenditures of $1,459,243 and total revenues $1,552,219, for a budget surplus of $92,976. The village reported no long-term indebtedness.