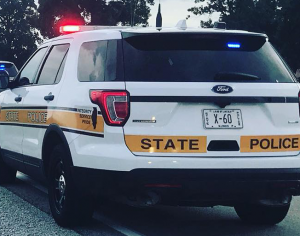 A 17-year-old Cahokia girl was killed in a single-car crash Friday in Alton.

Police said the girl, whose identity was not being released as of Saturday, April 18, was a passenger in a vehicle that struck a utility pole during an Alton police pursuit.

Illinois State Police, who are investigating the incident, said that Alton police where pursuing the vehicle because it was a suspected stolen auto.

The accident occurred at 1:14 p.m. Friday on the 600 block of Washington Avenue.

State Police said four teens, including the 16-year-old female driver from Alton, were found in or near the white 2019 Nissan following the crash.

Tyrese Crawford, 20, of East. St. Louis; the driver; and a 17-year-old Belleville boy were all taken by ambulance to an area hospital with non-life-threatening injuries.

The Cahokia teen was airlifted to an area hospital with life-threatening injuries and pronounced dead at the hospital.

State Police said a preliminary investigation indicates that the car was traveling southbound on Washington when the driver lost control and hit a utility pole.

The car overturned and came to rest on its roof. Three of the occupants were ejected from the vehicle.

Charges are pending in the incident.