The 6-year-old child taken Saturday by her mom during a court-supervised visit at an Oak Park restaurant has been found safe.

Based on information developed by Oak Park Police detectives, members of a U.S. Marshal’s Task Force found the pair at about 6 p.m. in a Farmington Hills, Michigan hotel.

The mother, Wendy E. Jarvis, 41, of the 1100 block of South Boulevard in Oak Park,  is being held in the Oakland County Jail pending extradition back to Illinois. Police say the father is en route to pick up his daughter.

This past July Joshua Stegmeyer was granted custody of their daughter, and Wendy Jarvis was granted “supervised parenting time” at that same court hearing.

The court-appointed supervisor told police Jarvis told her she was taking her daughter to the restroom, but instead left the building through a rear door off the restaurant kitchen.

She attempted to follow the mother and daughter, but lost sight of them  in the vicinity of Marion and Pleasant streets. 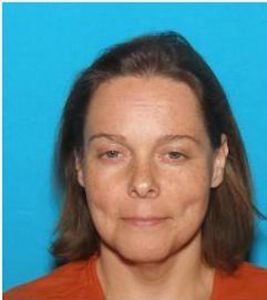 Police searched the area extensively, including Jarvis’ home in the 1100 block of South Boulevard, but found nothing.

Police say Zoe Stegmeyer is 3-feet, 4-inches tall and weighs 45 pounds. She has blonde, shoulder-length hair and was last seen wearing a black, quilted jacket, black shirt with a heart on the front, black leggings, black boots and pink gloves.

Police say the Jarvis case does not meet criteria for an Amber Alert, but they have contacted the National Center for Missing and Exploited Children and the Illinois State Police. State officials issued an endangered Missing Person Advisory, which is distributed to 2,200 news outlets throughout the state.