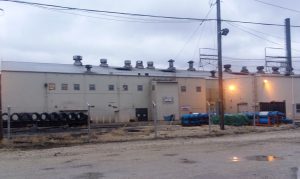 Spools of wire await transport outside of Keystone Consolidated Industries, Inc.’s steel rod mill. The understated building houses one of the nation’s largest rod mills, and was an integral factor in Liberty Steel, USA Sanjeev Gupta’s decision to acquire the Peoria steel mill for $3.2 million. (Photo by Holly Eaton /for Chronicle Media)

More than 130 years ago, Peter Sommer, a rural Tazewell County tenant farmer and his sons, John and Peter, were looking for a better way to pen animals than cumbersome wooden fences.

Gupta is executive chairman of GFG Alliance, a Gupta family grouping of businesses which includes Liberty House Group, an international metals and industrial group. Keystone, as it is commonly known, will join Liberty Steel.  The sale is expected to close by Dec. 31.

“KCI and its businesses offer Liberty the chance to merge our existing U.S. steel business with one of the country’s most productive wire rod operations,” said GFG North American CIO Grant Quasha in a press release posted to the company’s website.

Launched in 1969, Keystone subsidiary, Engineered Wire Products, has plants in Las Cruces, N. M. and Warren, Ohio. Steel wire sourced from Peoria County is used to manufacture rolled and flat mesh for use in concrete structures to provide cross-sectional reinforcement. 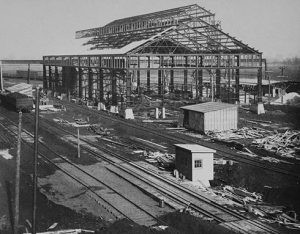 Aside from the corporate and legal details, what many people in the Peoria area are really wondering about is what to expect from Gupta and Liberty House Group. Beth Stedman, president of the Georgetown County Chamber of Commerce in South Carolina provided a bit of insight.

In 2015, the Georgetown steel mill closed, again. Stedman said the mill had closed and reopened numerous times. With a population of about 10,000 people, the city of Georgetown sits at the junction of four rivers, and, despite its size, serves as the second-largest seaport in South Carolina.

Still, she said, the small community began to question whether it wanted an operational steel mill in the center of town, and began to consider other uses for that space when Liberty House Group came along.

“The response was mixed, because the mill sits in our downtown, smack dab in the middle of prime real estate,” Stedman explained. “Everyone was really considering, ‘What’s the highest and best use of that property?’” 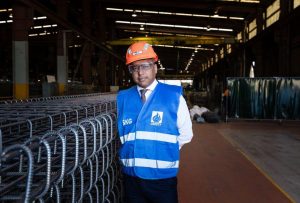 In the meantime, Gupta bought the mill from ArcelorMittal, a multinational steel manufacturing corporation headquartered in Luxembourg. The Georgetown plant was the first steel mill in the United State purchased by Gupta, who restarted the electric furnace and wire rod rolling mill in June.

In that process, Liberty House Group re-employed many people who were unemployed since the plant shut down in 2015, and others who could only find side jobs with little income. Union members exercised their callback rights, and 125 people were initially hired.

“As far as I know, their goal is to hire 250 people and they’re halfway there,” Stedman said. “Since they’ve been there, people are very happy with what they’ve seen.”

Unlike previous owners, Liberty House Group engages with the Georgetown community, she said, and participates in many community initiatives.

“They’re trying to be a more integral part of the community. The former steel mill owners didn’t do that. They’re working with some non-profits and really trying to do those community things,” Stedman said. “All in all, everyone has been very excited and pleased with them.”

Gupta launched Liberty House Group in 1992 as Cambridge University Student at Trinity College in England. The group began as a trading company with a focus on Africa and Asia. In 2009, Gupta began acquiring steel plants in Africa and has since branched into five divisions; commodities, recycling, steel, aluminum and engineering.