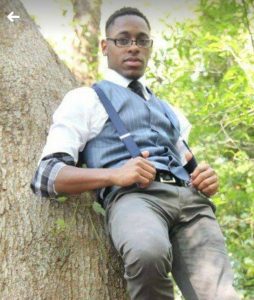 The body of a missing Peoria man was found April 23 by a woman walking her dog at a park along the Illinois River.

Maurce L. Wells, 26, of 2425 W. Howette, was reported missing by his family in March and was last seen alive March 22. His body was discovered near the Gaylord Wildlife Area near the 9200 block of Cross and Beach roads, midway between Peoria and Chillicothe.

According to Peoria County Coroner Jamie Harwood, there were no signs of trauma, struggle or obvious injury. Foul play is not suspected, though the Peoria County Sheriff’s office will continue to investigate.

Autopsy results, however, will remain inconclusive until toxicology results are complete.

“Based on a full examination of the body, the condition of the body, a review of the last 30 days of temperatures, and other information gathered at the scene, we believe Wells has most likely been in that location since he went missing,” Harwood said in a press release.

Wells’ father is senior pastor of the House of Judah Kingdom Church in Norfolk, Va.

“Never in a million years did I think I would lay my own son to rest,” Holmes wrote on his Facebook page. “I’ve never felt pain like this in my life, but for you. I love you son. Now God, you have to give me the strength because I don’t have it in me.”

Dietrich Douglas, Wells’ friend of 13 years, described him as an outgoing, positive person with a contagious laugh, someone who rarely chose to “sit around all day”, and, instead preferred to spend time socializing with friends.

A You Caring page was established by Candis Barber to help pay for Wells’ burial costs. On April 29, Holmes eulogized Wells at services in Norfolk, and will be in Peoria on May 12 to provide a final eulogy for his son.