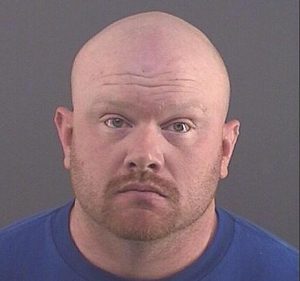 Paul S. Smith, 33, of Brimfield, died May 23 of a self-inflicted gunshot wound to the head following a high-speed police chase through three counties.

A Brimfield man with a history of domestic violence died of a self-inflicted gunshot wound to the head, following a three-county police chase.

According to Illinois State Police District 8 officers, Smith was wanted on a number of charges, including aggravated domestic battery and assault, unlawful restraint, interfering with a 911 call, and fleeing and eluding.

According to a Peoria County Sheriff’s report, Smith was holding his ex-wife, Lisha, and their four children captive in his home, despite an active order of protection. Earlier in the morning, she convinced Smith she was leaving for work at Peoria City/County Health Department, but instead fled with the children to a friend’s home and contacted the sheriff’s office.

The ensuing high-speed chase traveled from Peoria through Tazewell counties, before Illinois State Police intervened near Carlock. It was reported by police that Smith was driving 90 m.p.h.

By the time Smith maneuvered his vehicle to the shoulder near mile marker 124, police from at least three departments, including Deer Creek, were pursuing Smith, but none were required to use force, as Smith shot himself before any approached the vehicle, according to law enforcement authorities.

The sheriff’s report states his ex-wife had been experiencing problems with Smith since at least the beginning of May. In a Mother’s Day confrontation at his parent’s home, he allegedly wielded a handgun and threatened to kill her and himself. His parents intervened and police were not called.

Another similar incident occurred a week later, and, again, police were not notified.

In early 2016 in Peoria County, Smith was charged with domestic battery, interference with a report of domestic violence and wreckless conduct/bodily harm. In 2013, in the same county, he also was charged with aggravated assault of a peace officer, and carrying firearms without a valid FOID license.

Smith’s records in Peoria County also include a number of family cases, a number of which are orders of protection. Records in Peoria, Tazewell and Woodford counties show Smith had a slew of traffic offenses, including some involving a boat.

Because of the incident, morning eastbound traffic was bound for a number of miles and was diverted at the Carlock and Mitsubishi Motors Parkway exits until all lanes were re-opened between by 1:30 p.m.

McLean County Coroner Davis is handling the autopsy, and toxicology results are pending.