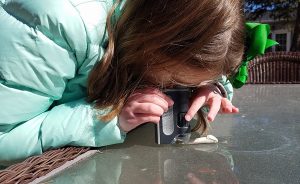 Future scientist Emma is one of the reasons her mom, Megan Pulley, is helping organize the Peoria Rally for Science on April 22 at the Peoria riverfront. “She has never once wavered her career interest. I want her future to be paved with programs that reside within the word of evidence-based, peer-reviewed science without agenda,” Pulley said. (Photo courtesy of Peoria Rally for Science)

Science will play in Peoria at a rally at the Gateway Building on the riverfront that’s part of a National March for Science on April 22.

“We do want to stress this is a nonpartisan event,” said Meghan Bohn, one of the local organizers. “Unfortunately, science has been misused on both sides. This is a celebration. It’s family-friendly and handicapped accessible. We just want people to come out and celebrate and enjoy science.”

The national event in Washington, D.C., was born out of recent policy changes that have caused concern among scientists.

The Peoria rally is one of nearly 400 satellite events that have sprung up as a way for people to acknowledge and support the roll science plays in the average person’s life.

Bohn, a zookeeper at the Peoria Zoo, is organizing the local rally as a private citizen and as part of graduate coursework for a leadership in science program she’s pursuing at Miami University in Oxford, Ohio.

Lopez recently set up a GoFundMe page that quickly raised its initial goal of $500 to be used for event expenses. The goal was then increased to $1,000 with all proceeds above the cost of the event going toward a scholarship fund in the sciences.

“Permits and insurance are the main cost at this point,” Bohn said. Other expenses include renting the venue from the Peoria Park District and setting up an audio system.

“We’d like to have a diverse group of speakers and a number of tables set up where organizations can talk to the participants about what they’re doing in the fields of science,” Bohn said.

“Really, one of the focuses is bringing science from down on high so everyone can understand it and experience and participate and enjoy,” she added. “People tend to think of lab coats and smoking beakers when it comes to science, and there’s really so much more beyond that.”

“We’ve just started reaching out to people to find speakers, and we’ll be updating our Facebook page as we get speakers lined up,” Bohn said.

The rally will also feature educational booths, music and poetry.

“This is not just a rally for scientists. It’s a rally for science enthusiasts,” Bohn said. “I hope participants will take away a greater appreciation and understanding for the importance that science plays in our everyday life and how it’s really vital that it remains publicly funded and publicly communicated. A pillar of human freedom and prosperity is to be able to support science and to have science support you in return.”

Pulley, who’s active in the home schooling community promoting science education, noted on the event’s Facebook page that she is involved in the group for her daughter, Emma, a future scientist.

“I want her future to be paved with programs that reside within the world of evidence-based, peer-reviewed science without agenda,” she wrote.

Brown also wrote that her 85-year-old father plans to attend the rally with her in honor of his late wife. 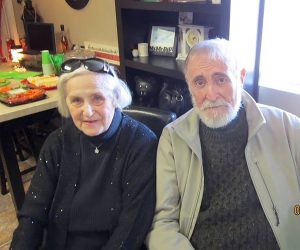 “I explained (to him) that I planned to attend as a human being who relies upon science and as an ally to scientists,” Brown wrote, adding that science helped her mother live years longer than they might have expected as she battled multiple health issues.

Julie Hamm of Pekin is one of about 500 who have expressed interest in attending on the Facebook page. Hamm said in an interview that she has many reasons for wanting to go.

“This administration has attacked the science community from day one. Being  a science nerd and mother of a chemist, it scares me to hear of Trump wanting ‘lists of scientists,’ and his muzzling of science-related websites of important information on climate info is only the beginning,” she said. “I will be at the rally to show my solidarity with all things science.”

“I think it would be wonderful if people would go to the Forest Park Nature Center and see all they have to offer and then come on down to the riverfront and see us for the rest of the afternoon,” Bohn said.

For more information about how to get involved with the Rally for Science, email Bohn at mbohn63@hotmail.com or visit the event’s Facebook page at www.facebook.com/PeoriaRallyforScience. To donate, visit www.gofundme.com/peoria-rallies-for-science.