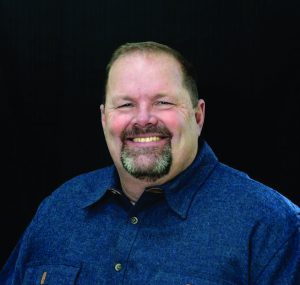 BLOOMINGTON — An April 22 email from the Illinois Soybean Association captured the mood of farmers on the day perfectly, with the heading reading: “No Mo’ Snow — It’s Planting Time!” Early Tuesday, April 21 up to 2 inches of the white stuff accumulated in some areas of central Illinois, where the ISA is located. This could result in some replanting of crops exposed to at least two nights of sub-freezing temperatures accompanying the late-season squall, considering that 12 percent of Illinois’ corn crop — 4 percent above average for April 18 — and 5 percent of soybeans had already been planted.

SPRINGFIELD — The 2021 Ag Legislative Day, which usually includes hundreds of blue-jacketed FFA members, farmers and state commodity association mingling with lawmakers at the state capitol building, was a virtual affair. “I really missed seeing those blue jackets and watching the FFA youth assemble and hand out the food baskets of Illinois products to our legislators,” said Richard Guebert Jr., Illinois Farm Bureau president.

Guebert was one of many Illinois agricultural leaders to submit video presentations in lieu of speaking directly with lawmakers. In his, Guebert noted that while the heart of the Illinois economy continues to be agriculture, it will take continued collaboration to keep it growing. He urged the Illinois General Assembly “to keep the necessary tax incentives that are vital and crucial to support agriculture” and “to make decisions that reflect a healthy climate and that encourage a growing agricultural community and enriching rural life.”

Other presenters included Illinois Senate Ag Chairman Patrick Joyce, D-Essex, who said lawmakers should do all they can to support farmers. “Agriculture is vital to our state’s economy, and I take pride in being a voice for the industry in the General Assembly,” Joyce said. “It was rewarding to see all these groups get involved and participate virtually today.”
2021 Legislative Day presentations were also submitted by Gov. J.B. Pritzker, Lt. Gov. Juliana Stratton, IDOA Director Jerry Costello II, Illinois 4-H and others.

BLOOMINGTON — Illinois Soy Growers gave testimony before the joint Illinois Senate Appropriations and Revenue Committee during an April 23 hearing reasserting their opposition to the elimination of current tax exemptions for the purchase of biodiesel. In response to the issuance of the Governor’s Proposed Fiscal Year 2022 Revenue Changes policy, ISG Chairman Doug Schroeder, a Mahomet farmer, suggested bringing additional revenue to the state from a tax exemption-based approach to a new biodiesel standard.

Schroeder pointed to Illinois HB 229, which would create the Illinois Renewable Fuel Standards Act. The act provides that diesel fuel must contain at least a stated percentage of biodiesel fuel oil by volume on and after a specified date, and SB 2394, a measure that aims to create a statewide renewable fuel standard requiring biodiesel be used for transportation fuel beginning in 2024.

“ISG knows that the governor is facing a tough budget reality, and that his intent is to lower greenhouse gas emissions and promote Illinois’ economy. However, eliminating biodiesel policy from the books does exactly the opposite,” Schroeder said in his testimony. “We look forward to negotiating solutions with him as well as members of the legislature that strengthen Illinois’ economy, improve our budget situation, and improve the environment.” (ISG news)

SPRINGFIELD — On Earth Day 2021, the Illinois Pork Producers Association renewed for a fourth year their popular tree buffer-cost share program, which provides an incentive for pig farmers to implement fresh landscaping on their lands. IPPA will match up to $2,500 of the cost to establish a buffer, or an area of strategically placed trees designed to provide a windbreak, recycle clean air and improve the appearance of a property.

“Tree buffers are just one of the current best management practices that pig farmers are embracing to benefit the environment,” said Jennifer Tirey, IPPA executive director. “We are proud to offer these cost-share opportunities to progressive pig farmers who understand the importance of stewardship for our future generations.” For more information on the program, contact the IPPA office.

Around 1.3 billion of the 1.7 billion total gallons of diesel fuel sold in Illinois in 2019 contained at least 10 percent biodiesel. (Illinois Soy Growers)