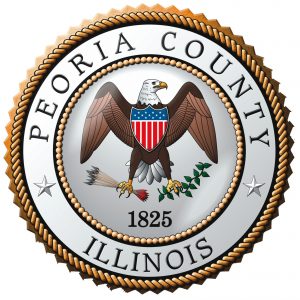 Peoria County Board Chairman Andrew A. Rand’s appointments to fill the vacant  County Clerk and County Board seat from District 11 easily earned approval by Board members last week.

Rachael Parker is the new County Clerk while Linda Daley was approved to fill the District 11 seat.

The clerk appointment comes after an exhaustive interview process that included multiple board members, Parker among them. Rand found no clear consensus for the candidates interviewed and opted to select Rand, a County Board member for District 5.

“With her nine years of experience on the County Board, Rachael knows Peoria County Government, including the County Clerk’s office, very well,” Rand said.  “I look forward to working with Rachael in this new role for her.”

Parker was first elected to the County Board in November 2010.

“I am honored to be the appointee,” said Parker.  “I am willing to serve out the remaining term with no intentions of running for the seat in the 2020 election.  My prayer is to make this transition as smooth as possible creating a level playing field for those individuals that have that desire to run for this office.  This office it too important to not have someone work for the honor of truly replacing Steve (Sonnemaker),” she added.

The vacancy was created after the death of R. Steve Sonnemaker on June 14.   Sonnemaker was re-elected in November 2018 to a four-year term.  There will be an election for County Clerk in the 2020 election cycle to complete the remaining two years of the term.

She served 10 years on the Peoria Public Schools Board of Education from 1986-1996 with three terms as President.

Daley has served on multiple boards over the last 30-plus years of service to the Peoria community.

The vacancy was created by the death of Dr. Greg Adamson on June 11. Adamson’s term will expire in December 2020.  Rand will appoint her to serve on County Operations Committee, Public, Safety & Justice Committee, and County Health Committee.

“While the circumstances of the vacancy remain incredibly sad, I am humbled and honored by Chairman Rand’s confidence in nominating me,” Daley said. “I will work with the other members and do my best to contribute to what is already a high performing organization.”

District 11 covers northern Peoria, bounded roughly by Northmoor Road and the Village of Peoria Heights to the south; the Illinois River to the east; Detweiller Park and Route 6 to the north; and University Street to the west.

By statute, the responsibility for appointing a replacement to both vacancies is afforded to the County Board’s Chairman, with the consent of the Peoria