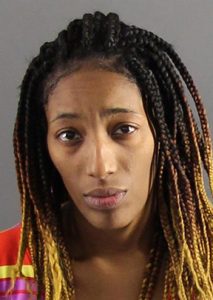 Two people have been arrested and charged after six children, all under the age of 6, were found unattended and neglected in a Peoria apartment.

On Dec. 11, Peoria police responded to a report of six unsupervised children at 3440 W. Oakcrest Drive, a unit in the Lexington Hills Apartments complex. A neighbor videoed police as the children were lead from the apartment that day, then posted it to Facebook.

“One, two, three, four, five … where’s six at? There’s six!” an officer is heard cheerfully counting as the children are seen calmly passing through the doorway, dressed in warm coats and boots. The neighbor is then heard saying, “Two days! They said they’ve been in there for two days … looks like they’re living in a (expletive) dumpster.”

Authorities haven’t specified the age of each child, but in the video, all appear to be around the age of 2 or older. Officers found no parents or guardians in the residence, and, according to Peoria Police spokeswoman Amy Dotson, the kids have been placed in safer homes.

Arrested were Ladeesea Chism, 26, and Jennosha Adams, 25. Peoria County jail records show Chism’s address as 3433 W. Oakcrest Apt. 3C. Adams is documented as living at 1315 S. Easton. Both were taken in to custody later that day. 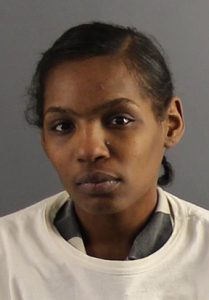 The children were discovered by Lexington Hills Apartments property manager Michael Duhon during a routine “decency, safety and sanitary inspection”. Duhon was accompanied by two other Lexington Hills employees, the maintenance supervisor and the pest supervisor.

In a statement, Duhon said, “We found the condition of the unit was poor, to say the least, and we found the toddlers unsupervised in that environment, and that initiated contact immediately with Peoria police, our contract security, as well as the Department of Children and Family Services.”

Both women have since been released from police custody. Chism is scheduled to appear in court on Jan. 22. A court date has yet to be set for Adams.