A chef serves up plates at Los Cabos Cantina and Grille, one of about 15 Peoria-area restaurants planning to participate in the area’s first Taco Festival in July. Organizer John Govia began planning the event before the COVID-19 pandemic hit and is optimistic it will still happen later this year. (Photo courtesy of John Govia)

John Govia knew there might be obstacles to overcome in planning the Peoria area’s first Taco Festival. He never imagined a global pandemic would be one of them.

“A taco festival is something I’ve been thinking about for quite awhile. But, of course, when I finally moved forward with it and pulled the trigger on it, the COVID-19 pandemic has to go down,” said Govia, a veteran of local radio who launched 98.5 KISS FM in 2006.

While being mindful of the seriousness of the novel coronavirus crisis, Govia is still working toward hosting the Peoria Taco Festival on July 19 at Junction City. It was originally set for early May, and he’s prepared to change the date again if he has to, but he’s hopeful that won’t be necessary.

“We are hoping our common love for tacos can distract from the major negative impact coronavirus has had on us all (and) show everyone that the grass is greener on the other side,” Govia said. “This festival is going to happen. It’s not a matter of if. It’s a matter of when.”

“We watch every day as the governor and the president give their addresses, and it seems like we’re being pulled in so many directions,” he said. “You can’t get your hopes up in either direction at this point because it doesn’t seem like anyone knows what’s going to happen. We are fully prepared to push it back if we have to, but we don’t want to jump the gun on it quite yet.”

Govia’s current plan is to keep ticket sales under 1,000 in case future gatherings are limited to that number. Tickets start at $15 for general admission and can be purchased on the event’s Facebook page at www.facebook.com/events/200727540998266. Tickets will also be available at the gate.

Once inside, festival-goers will be able to purchase tokens to use at the various booths to sample tacos and other Mexican-inspired foods, as well as margaritas.

“We have about 15 restaurants participating, and we told each of them to be prepared to serve at least 500 tacos for the event, so we’re talking 10,000 tacos,” Govia said. 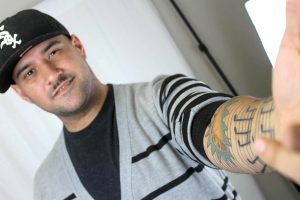 The event will include a celebrity panel of judges to determine the best food and drink in a variety of categories, as well as contests to allow a few festival-goers to join the panel. Live entertainment will be featured, as well as various kids’ activities.

“We are going to do everything we can to make this happen, but we’re going to do it through the guidelines of our government and our local officials and keeping everyone safe,” Govia said. “ I know everybody–not just in Peoria but everybody everywhere–wants to get out of the house. And who doesn’t love tacos?”

In the meantime, Govia is encouraging the public to support the local restaurants to keep them afloat during the stay-at-home order by the governor that only allows eateries to serve curbside or delivery orders through May 30.

“We’re asking everyone to buy curbside meals at least once a week. Getting tacos once a week isn’t that crazy,” Govia said.

While plans for the Taco Festival are moving forward, other area events have been canceled or postponed. Canceled events include the Tremont Turkey Festival and Washington’s Good Neighbor Days.

“Our committee works on Good Neighbor Days starting in October and to not be able to see the festival come to fruition is heartbreaking to all of us,” said Washington Chamber of Commerce Director Chevie Kriete.

“Given the uncertainty during the pandemic, we didn’t feel it was practical nor prudent to plan and promote our event on our traditional June date,” said Steamboat Classic race director Philip Lockwood. The fate of the Steamboat Days Festival has not been announced.

Other events that have not officially been canceled or postponed yet include the Peoria Farmer’s Market and UnityPoint’s Red, White & Boom July 4th fireworks celebration.

In response to a question last week as to the status of the Independence Day celebration, a spokesperson on UnityPoint’s Facebook page said, “We are working with officials and the city and still talking it out. We will know more hopefully soon.”

As organizers grapple with whether to push forward with or cancel or postpone upcoming events, the public is advised to check Facebook and/or the organizations’ websites for updated information on individual events.

More than 4,000 people have expressed interest in attending the Peoria Taco Festival, and 331 people have marked themselves as “going” on the event’s Facebook page, including Josh Bradshaw, community resource manager at Advanced Medical Transport.

“Outdoor festivals are a staple of summer fun in the Midwest. Although I’ve always gone to a lot of them, now I feel like I took them for granted,” Bradshaw said. “I was happy to see a unique new fest coming to our area. And who doesn’t love tacos? If it is safe to do so, I hope we still get to have some summer fun in 2020.”