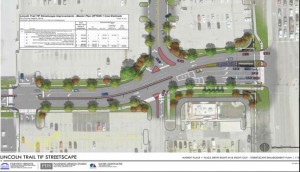 Topping the regional planning agency’s proposed infrastructure construction agenda for the next 20 years are roadway and interchange improvements on I 270 in Madison County, including a new bridge across the Mississippi River, and the rebuilding and relocation of Illinois Route 3.

A planned Alton-Godfrey Connector would become the agencies top road constructions project over the final ten years of the planning cycle.

“There is great uncertainty about the future of transportation funding,” the EWG document notes. “Motor fuel tax revenue, which has been the financial backbone of federal and state transportation programs, is failing to keep up with growing needs. Because of the lack of new or enhanced financial resources, it is becoming a challenge, at all levels of government, simply to maintain existing transportation systems. While discussions have begun at the federal and state levels about increasing transportation resources, little has been accomplished. Given this uncertainty, Council staff has taken a conservative approach in forecasting future revenues.”

The relocation and re-construction of Route 3 as a four-lane roadway from Cahokia to Venice, could begin as early as next year and would extend into the EWG’s 2025-36 planning period.. Neither total construction costs nor start and completion dates are including in the EWG report.

Rebuilding of the I-270 bridge across the Chain of Rock Canal, as well as some roadwork, is already underway. All bridge replacement across the river is to be completed by 2025. However, roadway and interchange improvements on I-270 from the river east to Ill. 111 might continue into the EWG’s 2036-2045

The draft planning document lists the proposed Alton-Godfrey Connector as the top road construction project for the EWG’s 2036-45 period.

The EWG is the St. Louis region’s federally designated metropolitan planning organization (MPO), charged with reviewing local projects that may qualify for federal matching share funding. The region covers Madison, Monroe, and St. Clair counties in Illinois as well as the City of St. Louis and four surrounding counties in Missouri.

Under federal law, the EWG must develop an updated regional transportation plan (RTP) every four years. While the plan’s project list focuses on regionally-significant roadway and bridge projects, it also establishes policies which are used to prioritize funding for smaller projects covering all modes of transportation—including public mass transit, freight, bicycle, pedestrian and paratransit.

A draft of the updated regional transportation plan, covering the period 2016-2045, was released April 27. Public comment on the plan will be accepted through May 29. It can be accessed on the EWG website (www.ewgateway.org).