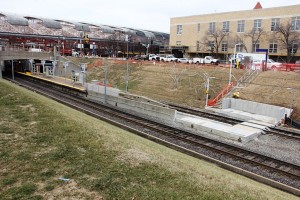 In an effort to spotlight its operations on both sides of the Mississippi  River — as well as its growing emphasis on economic development initiatives — the entity generally known to St. Louisans as “Metro” has begun once again referring to itself as “Bi-State Development” (BSD), according to the agency’s 2016 annual report.

“We did so to clearly acknowledge our total mission to support the economic development of the entire St. Louis region for the good of its people and the nation,” wrote agency board chairman David Dietzel and Executive Director John Nations in the report last month.

Though generally thought-of as a public transportation provider, BSD now has a total of five operating units, including the new St. Louis Regional Freight Hub and Bi-State Development Research Institute, the report notes.

The agency also owns and operates the St. Louis Downtown Airport in Sauget and operates tourism enterprises at the Gateway Arch Riverfront.

While best known for operating the bus and Metro-Link light rail systems in the city of St. Louis, St. Louis County, Mo., and St. Clair County, Ill.,  the Bi-State Development Agency was created under a compact between the state of Illinois and Missouri, ratified by Congress in 1949, to establish an organization with broad powers across an eight county area (which also includes Jefferson, Franklin, and St. Charles counties in Missouri as well as Madison and Monroe counties in Illinois.)

Over the decades, Bi-State has played a key role in not just consolidation of area public transit services but development of the Gateway Arch, the City of St. Louis Port District, the unified sewer system spanning St. Louis and St. Louis County, and even the East-West Gateway Coordinating Council (EWGC), the area’s federally designated planning entity. Its first major project was a 1959 bond issue for the Granite City Port.

During the last several years, the agency has again increasingly incorporated economic development in its vision statement and promoted economic activity within the region, the annual report notes.

The agency’s new interest in Metro-East comes under the leadership of Dietzel, a semi-retired former Madison County Highway Department engineer.  Metro-East residents make up half of the BSD’s governing board. 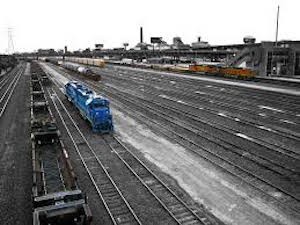 Embodying both the agency’s growing interest in economic development and Metro-East is the St. Louis Regional Freightway, a public-private partnership to optimize the region’s freight transportation network.

Edwardsville’s burgeoning I-55 Corridor warehouse district and the America’s Central Port in Granite City figure prominently in the project.

Alternately known as the St. Louis Freight Hub, the initiative was launched last year on the basis of a two-year study by the EWGC.

“The cooperative effort will determine how the region manages the movement of freight on the roads, railways, rivers, airports, and pipelines. Public and private partnerships will be developed in order to create the foundation for planning, marketing, and advocacy of the bi-state region as a national freight hub,” according to the Bi-State annual report.

Project staff plan to begin identifying specific “opportunities” this year, according to the report.

Though technically a function of EWGC, the project is headquartered in the Bi-State offices. Former Illinois Department of Transportation Metro-East regional director Mary Lamie is the director of the hub project.

— Real estate acquisition and conveyance in support of TransitOriented Development (“TOD”); and

— Regional economic development activities, including, but not limited to transit functions.  The institute will plan, study and evaluate regional land use, public policy, economic and community development and infrastructure investment, according to the report. 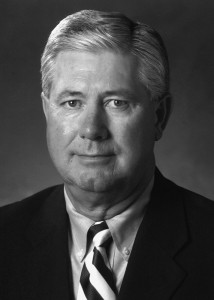 Bi-State is currently seeking proposals for development of commercial-residential TODs at Metro-Link stations across the region, including the one in Fairview Heights.

In its initial research project, the institute will conduct studies related to “quality of life,” specifically health, according to the annual report.

“Many of our riders do not have access to primary health care, or have gaps on their health care,” the report states.  The Missouri Health Foundation recently issued the institute a $41,900 grant to study the healthcare needs of riders at MetroLins stations, “allowing us to take the first toward better health for our ridership,” the report states.  The document does not indicate what types of health-related services might become available at MetroLink stops.