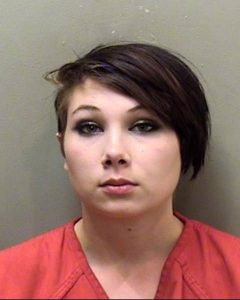 A Washington woman has been charged with two counts of murder for allegedly stabbing her mother and leaving her to bleed to death in a McLean County nature preserve.

Christine Roush, 22, and Matthew Isbell, 20, of Marquette Heights were arrested July 7, five days after the body of Teresa Poehlman, 47, was discovered by two hikers in the wooded trails of Funks Grove Nature Preserve in southwest McLean County. The death was determined a homicide by McLean County Coroner Kathleen Davis, and Poehlman was later identified by family members and friends by a photo of a tattoo on the victim’s left forearm which read, “Leo’s Lady.”

In a probable-cause statement provided by McLean County State’s Attorney Jason Chambers, Poehlman came to Bloomington to meet with Roush and was staying at a local motel. In a first interview, Roush said she saw her mother July 1, but denied any involvement in her murder. Bloody clothing was found by police in Roush’s bag during a second interview.

Isbell told police he witnessed Roush stab her mother, then the two fled the park and returned to the motel where Poehlman was staying. Investigators found blood in the passenger side of Isbell’s vehicle, and were able to confirm through a surveillance video his account of the clothing each were wearing the night of the murder.

Roush allegedly planned the murder, Isbell told police, and a third person who is not currently in custody, knew of the plan. There is no known motive at this time, and it is not known where on Poehlman’s body she was stabbed, or how many times Roush stabbed her. 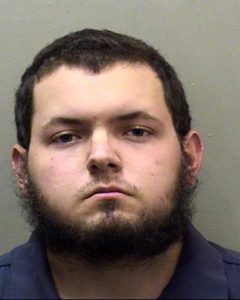 According to McLean County criminal records, Roush was arrested June 10 on felony charges of possession of a controlled substance, and misdemeanor drug paraphernalia charges. She appeared in court June 23 on those charges.

Poehlman had a history of battery charges dating at least to a 1998 Denton County, Texas criminal record, where, under two other last names, Link and Meekins, she was charged with assault/family violence. Poehlman was listed as living in Washington, Ill. in that case. Later, in Tazewell County, Poehlman was found guilty in 2010 with interference with the reporting domestic violence, and was sentenced to 20 days in jail and one year of probation.

A year later, Poehlman was found guilty of a Class 2 felony domestic battery charge, spent 179 days in jail and was placed on 12 month’s intensive probation. Poehlman was charged in 2015 with aggravated domestic battery, and, due to her previous convictions, was charged with a Class 4 felony and served nearly two years at Logan Correctional Center. She was paroled Jan. 17, 2017.

On Saturday, Isbell was also charged with two counts of murder. He and Roush are in custody at the McLean County Jail. Bond was set for Roush at $4 million, Isbell, $3 million.