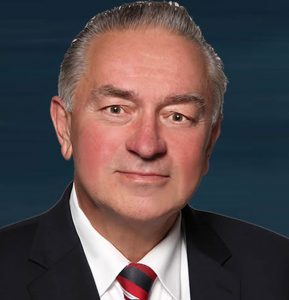 Five candidates are vying in the March 17 Illinois primary for the chance to be the Republican challenger to incumbent U.S. Senator Dick Durbin, a Democrat, in the November general election.

A GOP win in November would be a major upset against the long-serving Durbin, who is running unopposed in the Democratic Primary.

Questions were prepared and concealed in advance, and the candidates answered in a set rotation in 90- and 30-second intervals. Opening and closing statements bookended the forum, which included audience-submitted questions.

Q: From Guatemala to Sudan to Syria to everywhere in between, people want to come to America. How would you address the challenges illegal immigrants pose to our country, and how do you suggest managing the flow of those who want to be part of the greatest nation on Earth?

Marshall said federal funding for sanctuary states and cities should be terminated, and said immigrants entering the U.S. should support American ideals, speak minimal English and support themselves at a minimal level.

Curran called the immigration issue, “emotion competing against logic,” and that Trump is “spot on” in the vetting of immigrants. 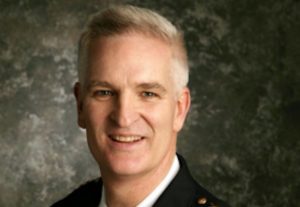 Tarter agreed and said, “I want it merit-based. I want to know that you can sustain your life. Illinois spent $352 million in illegals subsidies. I’ve got veterans sleeping on the streets. I’ve got mothers sleeping in cars. If we’re gonna do it, let’s do it the right way, the PT wants it done, let’s let them have the American Dream, but let’s get it done the right way.”

Chlebek, a native of Poland, said, “Right now, there are 250 million people in the world who are on the move. Obviously, we cannot observe them all, but what we need to do is accommodate them.

“I came here through a due process of law and followed the rules. Everybody else should follow strict rules, but we need to totally revamp the existing obsolete immigration system which uses lottery, which uses techniques which are difficult to follow and create a confusion.”

Q: When would you say an abortion is late term and would you federally ban late-term abortions?

All candidates but Marshall said life begins at conception, who said he considers a late-term abortion 24 weeks or later from conception, and abortions should be allowed up to that time, but not federally funded.

Curran said life should be protected from conception, except when the life of the mother is in peril. 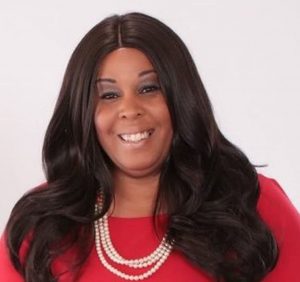 Tarter, who holds a Ph.D. in reproductive physiology, said, “Most abortions today are performed with oral medication … that can actually be reversed if a woman changes her mind. I would ban it at a federal level and the states can do whatever they want, but hopefully follow the federal example.”

“We have an abortion clinic in Belleville, right in my back yard,” Hubbard said. “I would find a way to shut down the ‘Murder Houses’ 100 percent, yes.”

Q: Tariffs. Specifically, what are your thoughts on their use, their impacts and their viability in the big picture?

Overall, the candidates were in lockstep, in considering the long-term advantages of tariffs. Chlebek pointed to pivotal choices made on behalf of the World Trade Organization that he said compromised the nation’s economy, and forced President Donald Trump’s hand in imposing tariffs.

“The reason we failed is when we admitted China, in 2001 … now we are competing on a massive scale with China and that could have been done in a controlled manner,” he said. “Right now, it is endangering our economic position, and they’ve become, even, a military danger to us.”

Marshall said China’s and India’s currency manipulations compounded the woes, and have directly injured Illinois’ agricultural industries. Farmers, he said, should operate under the umbrella of free, fair trade. 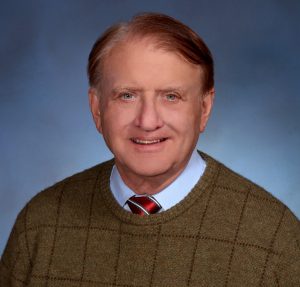 “In general, nobody likes tariffs because it causes short-term pain, like a tax, but some president in some era had to stand up to China,” Tarter said. “(President Trump) renegotiated the NAFTA and it’s better for our farmers … with the trade deals that have been negotiated so far, the farmers, the agriculture industry in Illinois is going to need to scale up because there is going to be a long-term gain.”

Hubbard commented that Trump is “right on the money” and that former President Barrack Obama has “wrecked our economy.”

Steel mills, such as that in Granite City in southwestern Illinois, have reopened under Trump’s redefined tariffs, which he believes created a level playing field in general, she said.

“You have to consider, first, what’s important for Illinois … Illinois is a huge producer of corn and soy,” Curran said. “America, as a whole, our largest export is produce. We’ve got to make sure that the farmer survives, and what (Durbin) did, in terms of subsidy, maybe it wasn’t enough. If we had a senator that thought of Illinois, instead of Dick Durbin, maybe we could have lobbied for Illinois a little more on behalf of the farmer.”

Q: What are your thoughts on Red Flag Laws (laws allowing the temporary removal of firearms from a person who may present a danger to others or themselves)?

“I was one of the first sheriffs to argue in favor of conceal carry and to take the stance against Jessie Jackson and (Michael) Pfleger when they came to my county,” Curran said. “Red Flag laws, the way they’re drafted right now, do not work … because there’s not the constitutional safeguards … there’s a way to be sure that if somebody does have a mental illness that they can be reported and due process is followed.” 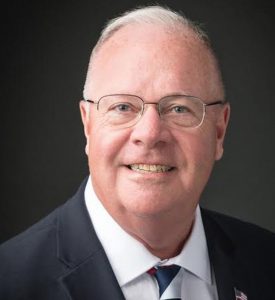 All of the candidates agreed that, without due process, Red Flag Laws remain unconstitutional, and that, overall, do little to protect against gun violence.

Chlebek added educational programs should be implemented in schools to teach the “younger generation” the dangers of guns in hopes of stemming gun violence.