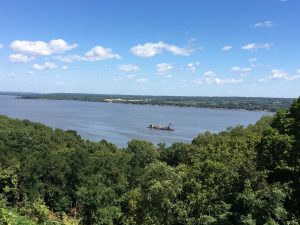 Silt has measured as much as 14 feet in some areas of the Peoria Lakes, though other areas with high concentrations hover between 4 and 6 feet.  (Photo courtesy of Peoria Lakes Basin Alliance)

With warmer temperatures on the horizon, a cross-section of Peoria-area organizations have announced renewed efforts to tackle a long-running problem: the quality of local waterways.

Members of the Peoria Lakes Basin Alliance recently discussed with the Chronicle how invasive species and other challenges — such as the ever-growing amount of sediment collecting at the bottom of waterways — could be addressed in the future.

“The alliance was created in the early 2000s,” Eric Miller, director of the organization, said. “We’re basically a group of people with similar interests.”

Tackling the long-prevalent problems within the Peoria Lakes gained momentum in 2017 when the U.S. Army Corps of Engineers entered into a formal partnership with the alliance, which is comprised of representatives within the Heartland Water Resources Council of Central Illinois, the Nature Conservancy and the Tri-County Regional Planning Commission.

As with most endeavors, however, one impediment to gaining momentum has been funding — an issue that partially has been exacerbated more recently by fiscal challenges within state government, Miller said.

Miller and others within the alliance said they are hoping to conduct additional studies and forge new partnerships to help in taking a deep dive into the challenges that have impeded water quality.

Alliance member Michael Brunner, who has been providing some of his planning expertise to the multi-year reviews, has been looking at different methods to improve the water quality and depth of the waterways. 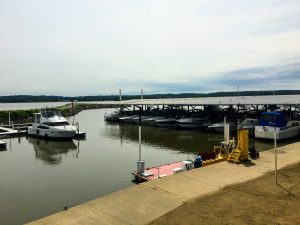 The alliance is composed of the Heartland Water Resources Council of Central Illinois, the Nature Conservancy and the Tri-County Regional Planning Commission.
(Photo courtesy of Peoria Lakes Basin Alliance)

“There are additional studies and plans that we want to pursue,” Brunner said. “We’d like to determine the quality of the sediment. That study will be important and helpful, and we’re looking for additional funding to accomplish that.”

Silt, a form of sediment, has measured as much as 14 feet in some areas of the Peoria Lakes, though other areas with high concentrations hover between 4 and 6 feet.

The growth of silt has occurred in the region over time and oftentimes is attributed to multiple sources that coincide with growth and development in the broader region. Farmland has altered the characteristics of the waterways, as has bluff runoff into ravines and gullies.

The prevalence of silt has impacted Peoria Lakes in multiple ways, according to alliance representatives. Recreational boating has been hindered, but the challenges have more broadly impacted the natural environment.

“The sediment has been a major issue,” said Ray Lees, a planning program manager with the alliance. “It’s definitely had an impact in some areas, such as Upper Peoria Lake.”

An example of how the high amounts of sediment have impacted Peoria Lakes can be seen in the decrease in native plants, which have challenges growing in heavy amounts of silt. In turn, the lack of plants has resulted in one less food source for important natural animals, including such waterfowl as ducks that need the material for sustenance.

Lees said there are proposals on the table, including potentially dredging unwanted sediment and selling it wholesale. The quality of the material could determine whether selling it is feasible. 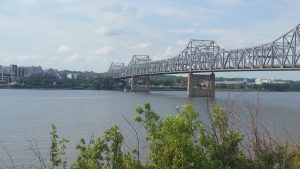 The alliance has been tackling other issues as well, including reviewing which invasive

species are populating the local waterways. To date, Asian carp have been the most common challenge.

“They have been a problem for us because they haven’t provided a good habitat for game fish and natural fish,” Lees said.

The reviews underway coincide with the Army Corps partnership and efforts to seek feedback from residents and other participants. Public information sessions and workshops were held several years ago, and similar overtures are planned in the years ahead, Miller said.

While the challenges to bring the Peoria Lakes back to their original glory are deep, Lees said the more residents, organizations and agencies participate in the process, the greater the likelihood meaningful solutions will be reached.

“Like a lot of things, there are no easy answers,” Lees said.