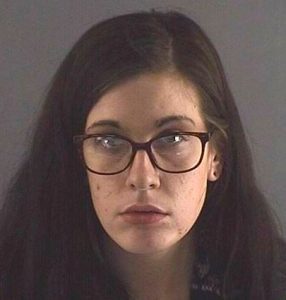 Paige Stuart, 26, was indicted by a Peoria County grand jury Jan.  23 on charges related to a crash that killed 7-year-old Kieley Blakesley of Metamora.
(Photo courtesy of Peoria County Sheriff)

A Pekin woman has been indicted by a Peoria County grand jury on a Class 3 Felony charge of reckless homicide following an October 2017 accident that cause the death of a Metamora child.

Kieley Blakesley, 7, and her half-sister, Liv Blakesley, 5, were rear-seat passengers in Stuart’s car.

Kieley died of blunt-force injuries at OSF St. Francis Medical Center in Peoria at 8:38 p.m. the next day.

Stuart’s daughter, Liv. was transported to the same hospital in critical condition. She currently remains hospitalized, and has been transferred to an out-of-state hospital for rehabilitation, accompanied by her father, Steven Blakesley.

Neither Stuart or the driver of the SUV sustained life-threatening injuries.

Toxicology reports indicated that Stuart had been using methamphetamine near the time of the accident. The grand jury also indicted her for driving under the influence of drugs, a misdemeanor, and a Class 4 felony aggravated DUI.

The latter carries the heftiest possible sentence of up to 12 years in prison and a maximum fine of $25,000, according to the Illinois State Police. 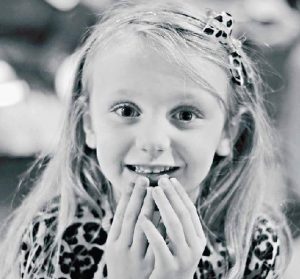 Kieley Blakesley, 7, of Metamora, died at OSF St. Francis Medical Center Oct. 25 from injuries sustained the morning before in a car accident in Peoria. Her half-sister, Liv Blakesley, 5, survived with life-threatening injuries and remains hospitalized.

The Peoria County Sheriff’s office issued a $50,000 warrant for Stuart on Jan. 23. Stuart was listed on the department’s Daily Commitment Report for Jan. 24, in which she was taken into custody, then promptly bonded out.

Peoria County Coroner Jamie Harwood determined the manner of death in which Kieley died, then confirmed that the child had been restrained by a standard seatbelt. She was not buckled into a child safety seat, as mandated by the Illinois Child Passenger Protection Act.

It must be determined if Kieley should have been secured in a safety seat, however, only a child weighing more than 40 pounds may be fastened without one. On the day of the accident, Stuart was initially ticketed for a child restraint violation of a child under age 8, but that violation was dismissed by Peoria Judge Alicia Washington.

In Kieley’s obituary, along with other organizations, her family asked that memorials be given to the Liv Blakesley Benefit Fund,c/o Heartland Bank & Trust Co., 3400 Court St., Pekin, IL, 61554. Liv’s family wishes for privacy during her hospitalization and ongoing therapy.