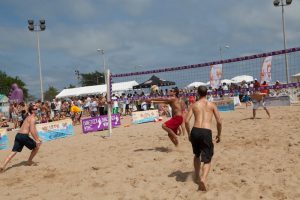 Bloomington Center for the Performing Arts (BCPA) presents its new line-up of artists for the 2019-20 season.

This season you will be laughing out loud at all the various comedy acts performing on the BCPA main stage including the gang from MST3K-LIVE, the Southern Fried Chicks Comedy Tour, the master of improv Colin Mochrie and returning to the BCPA The Naked Magicians.

Bring the whole family to one of the many kids’ shows this season. Costumes are encouraged for the Dave Rudolf: Kid’s Halloween Show, returning to the BCPA for a free performance are Pirate Penelope & Friends with their new show, delve into American history with the production of “Walk On: The Story of Rosa Parks” and be wowed by the magic of Bill Blagg.

This season brings multiple musical acts to the BCPA including country artist Josh Gracin, GRAMMY® Award Winner Robert Mirabal in collaboration with the group ETHEL, BCPA favorites Black Violin, The Four Italian Tenors make a shop on their American debut tour, Windham Hill, The Drifters, The Stray Cat Lee Rocker, The Blooze Brothers and the Brubeck Brothers Quartet round out the musical offerings this season.

Theater offerings this season include “Walking with My Ancestors”, the Broadway favorite “Beautiful: The Carole King Musical”, “Bandstand” The Tony® awarding-winning Broadway Musical, “#ShePERSISTED” New Play Festival, AQUILA THEATRE returns with the Orwellian classic “1984” and the runaway hit “The Choir of Man.”

Tickets are on sale for now and can be purchased online at artsblooming.org, by phone at 309- 434-2777 or in person at the ticket office located at 600 N. East St., Bloomington.

The Marigold Festival is coming up and organizers are encouraging people to enter a team in the annual Sand Volleyball Tournament hosted by www.irvsra.org.

The tournament will be held Saturday, Sept. 7 beginning at 8 a.m., at Mineral Springs Park Sand Volleyball Courts in Pekin — with the rain date being Sunday, Sept. 8.

There are two divisions in which teams can compete:

The tournament is a pool play and single-elimination tournament.

All players must be at least 13-years –old, with a guardian signature day of event.

All players receive a T-shirt and first-place winnings will be $300, second place will be $200 and $100 and $75 for third-place, and fourth-place finishes, respectively.

Prize money based on 10 team entries.

The city of Washington will hold an Informational meeting concerning the proposed improvement of the historic downtown square in Washington.

The information meeting will be held at from 4 to 6 p.m. on Thursday, Sept. 5 at Five Points Washington, Banquet Room D at 360 N. Wilmor Road, Washington.

All persons interested in this project are invited to attend this meeting.

Persons with a disability planning to attend this meeting should contact Ed Andrews, Public Works director, at 301 Walnut St., Washington, at 309-444-3196, or eandrews@ci.washington.il.us

by Thursday, Aug. 29 to request special accommodations. The meeting room is accessible to persons with a disability.

The meeting will be conducted on an informal basis in an open house format. Preliminary exhibits of the proposals under consideration will be available for review. Representatives of the City of Washington and Hutchison Engineering, Inc. will be available to discuss the project. Representatives will answer individual questions and record comments offered by those in attendance. Verbatim comments will not be recorded.

The proposed project would involve impact to the city park in the center of the square. Through publication of this notice, the city is requesting the public’s views on the proposed use of parkland.

Help the American Red Cross recognize everyday heroes who embody the Red Cross mission of touching lives through acts of heroism and service.

Community members across Central Illinois are encouraged to nominate local heroes who’ve inspired them. The nominees can be someone people have learned about through friends or family, heard about them through media, or maybe were directly involved as a witness to one of these moments that could mean their own life is better because of their response.

Nominations are due Saturday, Aug. 31, by mail to Central Illinois Heroes, 311 W. John Gwynn Jr. Ave., Peoria, IL 61605, or online at redcross.org/CentralIllinoisHeroes or by email: Abigail.Craft@redcross.org.

The Heart of Illinois United Way will officially kickoff its 2019 campaign with a breakfast from to 7:30 to 9 a.m. on Friday, Sept. 6 at Peoria Civic Center, 201 SW Jefferson Ave.

The event will feature guest speaker Tim Stiles with KPMG. Stiles will share how data is the heart of philanthropic work.

Stiles has more than 25 years of experience working with nonprofits in 145 countries and has facilitated more than 4,000 grants and projects valued at $6-billion. He is the National Practice Leader of KPMG’s tax-exempt practice and the Global Chair of KPMG’s International Development Services.

Gov. J.B. Pritzker signed legislation on Aug. 19 allowing schools across the state to store an undesignated supply of glucagon to treat students with diabetes.

“Ensuring schools across the state have access to glucagon will better serve our students, parents and communities,” said Pritzker. “People with diabetes depend on this life-saving drug, and now students will always have access at a moment’s notice.”