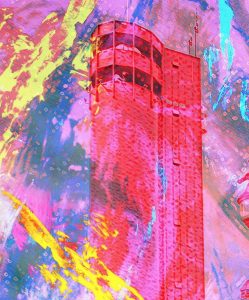 The Peoria Heights Fine Art Fair is returning this May in Tower Park, after a seven-year absence.

A moderate economic growth in the upcoming fiscal year in Illinois is expected to lead to higher tax receipts for the state. But there are warning signs on the national horizon that could signal an economic downturn in 2021.

Marty Johnson, the acting chief economist at the Illinois Department of Revenue, gave this prediction recently when he briefed House committee members on what they can expect to see in state revenues over the next 16 months.

He said 2018 was a banner year for the national economy, with the economic output expanding at the fastest pace since 2005. Unemployment was at a 49-year low. Consumer spending was robust.

And while Illinois has lagged behind the nation in a number of categories, Johnson said the state has experienced growth, particularly in personal income and in some employment sectors, such as manufacturing and construction.

Those trends are expected to continue into the 2019-2020 budget year, which begins July 1, with overall tax receipts growing about 4.3 percent, to $33.5 billion. And that will give lawmakers a little extra breathing room when they start cobbling together next year’s budget.

The bulk of that growth is expected to come from what state officials call “the big three” sources of revenue — individual and corporate income taxes, and sales taxes.

Stormy Daniels, the adult film star who received payment after claiming she had a sexual encounter with now-President Donald Trump, will take part in a protest to be held March 22, at the Illinois State Capitol. The protest is against the Live Adult Entertainment Facility Surcharge Act, a “sin tax” that was enacted in 2014. She has protested in Baton Rouge, the capitol of Louisiana, her home state, for the rights of exotic dancers.

Later that day, Daniels will sign copies of her book and make a nightclub appearance.

Daniels will perform at the nightclub at 11 p.m. Ticket prices have not been announced.

Seniors, disabled can get help to apply for benefits, discounts

Morton Public Library staff will help taxpayers sign up for the Benefit Access Program (formerly called Circuit Breaker). The program provides benefits for seniors and persons with disabilities, such as a fee discount on license plates and free rides on fixed-route transits. Eligibility is determined by age, disability, residency and income.

On Wednesdays, March 6 through April 24, the library will offer assistance in helping people sign up for this program.

The Morton Public Library will have a SHIP Counselor and Central Illinois Agency on Aging volunteer to assist individuals, who qualify, to apply for the Benefit Access Program. This Illinois program provides for a $75 license plate sticker discount and a Ride Free Transit Card. There is no charge for this service, but to use it, people must schedule an appointment by calling the library at 309-263-2200.

Those eligible for the service:

Approved license discount certificates are good for two years and renewals may be submitted beginning 90 days before the License Discount Certificate Expiration Date.

The Peoria Heights Fine Art Fair will be staged on Mother’s Day weekend in Tower Park, after a seven-year absence.

Interest in the fair was renewed after last year’s successful Paint the Heights Pink, a fundraising event that joined the Susan G. Komen Foundation with local artist Theresa McDade and her paintings of breast cancer survivors.

And the timing dovetails with a new village arts initiative. The village formed an arts committee in an effort to bring arts events to Peoria Heights and maximize attention toward the new sculpture walk that features Bruce White sculptures that are scattered about the village. White is a well-known sculptor from northern Illinois whose works were recently donated to the village.

Sarah Witbracht, the village’s administrative assistant, is marketing the event.

The art fair will be from 9 a.m. to 5 p.m. May 11, with 60 juried artists lining Prospect Road from Glen to Seiberling avenues beneath signature white canopy tents commonly seen at art fairs. There will be a festival for children at Tower Park, live music in the pavilion, vendors and food trucks, free parking and buses transporting visitors from the Komen Walk to the Heights.

Organizers are seeking artists, sponsors including purchase awards sponsors and volunteers. For information, go to the event’s website at peoriaheightsfineartfair.org or call 309-256-1749 or 309-339-4405.