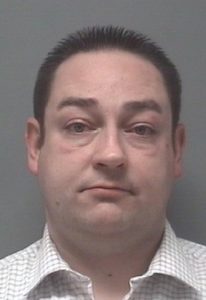 The youth pastor of an East Peoria area Baptist church could spend a decade behind bars for sexually assaulting a teen church member over a four-year span.

On July 18, Coyle was sentenced to five years in prison for criminal sexual assault, with the requirement to serve at least 85 percent of the term, which held a maximum sentence of 15 years.

Averyville Baptist is on Spring Bay Road in East Peoria, less than half-a-mile from the Woodford County line.

According to a Tazewell County court affidavit, Coyle made numerous sexual advances on a juvenile from 2006-17.

The victim was 13 when Coyle, then 24, began making sexual advances, which, according to the affidavit, began with back rubs. During youth activities, Coyle, would offer teen members back massages and would “crack” their backs.

Coyle began inviting the boy to join him alone at the church, to help with planning projects and activities. Most of the sexual encountered happened in what was named “The Prophet’s Chambers”, a guest bedroom at the church.

One incident occurred outside of the church at a camp. In the affidavit, Coyle admitted to committing the acts as described.

Coyle’s father, David Coyle, began as pastor of the Tazewell County church in 1991. His wife Brenda has served as church’s secretary during his tenure.

With good credit, Coyle may be released in 2026. The victim was 26 when the allegations were made, but because Coyle was in a position of supervision or authority over the victim when the acts were committed, the statute of limitations permitted charges to be filed.