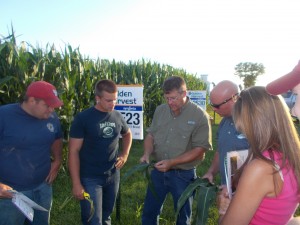 The next generation of farmers talks drones, specialty crops/products and the art of storytelling as freely as they do combine repairs, market conditions and the weather.

With active groups like the Illinois Farm Bureau’s Young Leader program and the Illinois Association FFA (Future Farmers of America), Illinois’ young farmers get exposed to successful peers demonstrating how to navigate the forces of change occurring in modern agriculture.

“We are blessed with some good leadership with the Young Leaders,” said Patrick Kirchhofer, the manager of the Peoria County Farm Bureau. “That’s what it takes: It takes someone within the organization to drive and create interest.”

Evan Hultine, 28, works with his father on their family farm, Hultine Farms, in Bureau County and is also the chairman of the Illinois Farm Bureau State Young Leader Conference committee, whose annual event earlier this year hosted more than 500 young Illinois farmers.

The event’s opening keynote address was given by Matt Rush, a motivational speaker who discussed “the importance of farmers being visible [to the world], and in order to do that, we need to be vocal in telling our stories of what we do on our farms,” Hultine said.

Douglas Godke, the manager of the Tazewell County Farm Bureau, helps organize training programs for young farmers in his county.

“We’re not going to teach them how to be farmers,” he said, “but there are some things in life that we want them to know. It might good citizenship, working with neighbors, learning how to market your crops at the most profitable level, the application of fertilizer, technology, etc.” 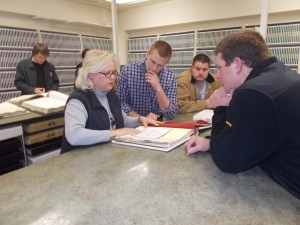 “The most important thing is to speak up and expand your network,” Hultine said. “If you aren’t from a family farm or have that opportunity to step into an operation. … opportunities arise from [exposure] to your community and others.”

Andrew L. Larson, the local foods and small farms educator at the Oregon, Ill., University of Illinois Extension, pointed out that there’s two distinct groups of young farmers, but neither are immune to the need to network :  “Those right out of school who are idealistic, and then the u-turn people, who had been in a regular job and are looking to add a farm component to their lives or get back to the farm component that they perhaps grew up with,” he said.

Among the programs that Larson organizes, he started the free Small Farms Winter Webinar Series earlier this year, which includes presentations on soil fertility and new food safety rules.

“The financial obligation [to buy land] is pretty overwhelming and daunting for a young person,” said Michael Deppart, who farms on his family’s land Green Valley and at  Deppart Farms.

“They want to farm but they just don’t have the capital to get started,” Godke added. Right now, “we have a fairly young group of people that are coming back to the farm because the last several years have been very good for income on the farm.”

“One thing that concerns me is that we are looking at a downturn in agriculture, nationally, mainly because of the price of corn, soybeans and even livestock,” Godke said. “Will this downturn discourage some of these young people from coming back to the farm?” 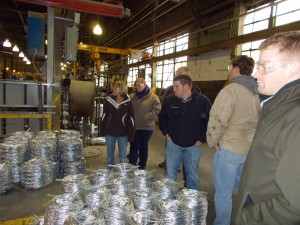 “If you come from a farm,” Deppart said, “I would definitely go get another job after school — whether that’s high school or college — outside of the family farm operation so that you can see the way that others run their business and get some guidance. “

He worked as a manager at Monsanto after graduating from University of Illinois, Champaign, then came back to the farm in 2009, splitting his time selling crop insurance with Farm Credit.

“I think diversity is key. The farmer occupation is so unbelievably dependent on the weather and it’s uncontrollable … it’s nice to have something else to give you some sort of stability.”

Beyond diversity post-education, diversity in operations is key, as well, Hultine said. “I know some people focus more on selling a specialized product directly to a customer. Maybe they raise goats and they sell goat cheese to a restaurant nearby,” he said.

Internships and apprenticeships are invaluable, Hultine said. “They offer young farmers the opportunity to meet with seasoned farmers and share information or just network.”

“A lot of young people are so accepting new technologies, and because they grew up with video games and cell phones, the technology is not as foreign as it is to someone like me,” Godke said. “We’ve seen a total change in communication.”

Farmers now have an automatic steering, global positioning, they can tell you exactly what part of the field needs fertilizer, which needs herbicide, etc., he said.

“ And unmanned aerial vehicles (UAVs, also commonly called drones) are huge. … In the middle of the summer, a farmer has to look over his field. Well, with one of those, he can fly over his fields and see if there’s a pest infestation.” Godke said.

“They were used a lot last spring — we had a real wet spring — for identifying areas in the fields that eventually may need to have drainage tiles,” he said.

–How the next generation of farmers will grow their future–