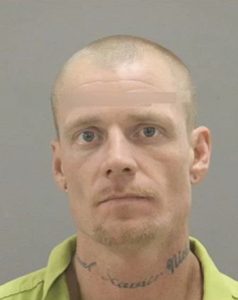 A man who attempted to rob a Rockford credit union and then held a woman hostage for seven hours inside the building on Friday, Jan. 3 is in custody.

The victim, a 39-year-old employee of the credit union, told police she was also sexual assaulted by the suspect during the standoff.

Nicholas August, 39, of Rockford is being held in Winnebago County jail on $2 million bond and charged with armed robbery, aggravated unlawful restraint and two counts of aggravated criminal sexual assault, according to the Winnebago County State’s Attorney.

Agents from the Federal Bureau of Investigations assisted and conducted a follow up investigation.

The suspect, later identified as August, ordered all employees out of the building, except the one female employee he kept as a hostage.

SWAT team members surrounded the building and began negotiations with August, which lasted almost even hours before he surrendered to police, exiting the building with the hostage shortly before 9 p.m.

The hostage was taken to a local hospital and treated for non-life threatening injuries.