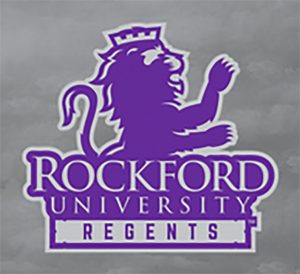 Rockford Public Schools will celebrate the sixth annual Champions Ball and Athletic Hall of Fame on Feb. 24, 2018, at the Radisson Hotel & Conference Center. Five individuals and one team will be inducted into the Hall of Fame. The event is a fundraiser for the Rockford Sports Coalition.

Jerry Stalcup graduated from East High School in 1956. The standout player went on to captain the Wisconsin Rose Bowl team and play three years in the NFL. He also worked as an assistant coach at East High School and was head coach at Harlem High School. Stalcup has been nominated for the Hall of Fame each year since its inception.

Dan Wikse, a 1965 graduate of West High School, was the state singles champion in IHSA boys tennis in 1964-65. Wikse remains the only state champion in NIC-10 history for boys tennis.

The 1991 Jefferson Girls Basketball Team won the conference championship and was the last RPS 205 high school girls team to make it to the state tournament. The team is the first from Jefferson to be inducted into the Hall of Fame. The team included standout Carrie Coffman, who played professionally.

Guilford cross country and track standout Jenny Spangler went to Iowa University after she graduated in 1981 and won the Big Ten cross country title in 1982 as a sophomore. She competed in the 1996 Olympics in the marathon when she was 33.

Longtime Auburn High School coach Jerry Lowe started working in Rockford Public Schools in 2001. He coached football and track – mostly at Auburn – but he also contributed to seasons at Wilson and Eisenhower. He recently retired after the spring track and field season.

Jefferson High School Football Coach and teacher Joe Blume led the J-Hawks from 1975 to 1993. Known for his old-school style and tough love, Blume led the J-Hawks to a 116-74 record before retiring from his teaching career in 1994. Eight of the last nine Jefferson teams under Blume made it to the playoffs. Blume’s 1993 season was the last time the J-Hawks reached the postseason. He continued coaching in Stillman Valley until his death.

University of Illinois Extension Educator, Peggy Doty, will be offering the program Large Predators Return…Or Are They?

This program will focus on the behaviors of cougars, wolves, and black bears and why they may be visiting us again. This informational program will be held on Thursday, Nov. 9  from 6 to 7:30 p.m. at Galena City Hall, Galena.

There are many reasons, scientific and unknown, as to why we see the occasional lone large predator in Illinois.

“We need to remember that before we settled the area in the early 1800’s these animals lived here.  Our cultural advancements and changes have escorted many of these animals away from what used to be their native habitat,” Doty said.  Doty will talk about the local habitats and how much of Illinois can sustain complete populations of these large mammals. Those animals that can adapt to less fitting ecosystems may try to spend some time back in their original homeland.

“These animals aren’t planning a covert return and takeover of our communities, they simply are trying to adjust to changes in their current environments which can lead them our direction,” continues Doty.  Due to the sporadic sightings of cougars, wolves, and even black bears in Illinois, Doty is offering this program to discuss the animals themselves and the behaviors that may be playing a part in their attempts to return. If you are interested in learning more about these creatures, join Peggy Doty for Large Predators Return…Or Are They?

For more information or to register for this program please visit us online at web.extension.illinois.edu/jsw or call us at 815-858-2273.

Bridgestone Retail Operations (BSRO) has awarded a $10,000 grant to the Boys & Girls Club of Rockford. The grant, funded through its Driving Great Futures grant program will be used to help the expand programming to provide a safe place for children and teens at the Blackhawk Club located at 330 15th Avenue.

The Blackhawk Club serves youth in an area of the city that is attempting to combat its high crime rate. The grant will allow the Club to extend its hours, remaining open six days a week until 10:00 p.m. The youth in the Blackhawk neighborhood now have a productive and peaceful alternative to the streets during vulnerable evening and weekend hours.

“Research shows that children kids and teens who visit Boys & Girls Club have more positive outcomes, which is why Driving Great Futures is so important for all of us,” said Chip Stoner, President / CEO of the Boys & Girls Club of Rockford.