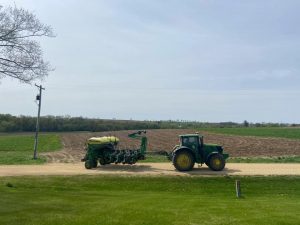 Illinois corn farmers are concerned their 2020 crop will find a market and they can salvage something financially in wake of the recession caused by the ongoing COVID-19 outbreak. (Photo courtesy of Illinois Corn Growers Association)

Along with livestock, poultry and dairy producers, you can add Illinois corn farmers to the list of agricultural producers facing bankruptcy and insolvency due to the effects of the COVID-19 pandemic.

The virus-related plummet in prices paid to producers for their corn have reduced their returns by as much as $50 per acre, according to the University of Illinois farmdoc team, largely due to reduced demand for corn utilized for ethanol and animal feed.

Without as many motorists on the roads, the demand for fuel — and corn-based ethanol — has been greatly reduced.

The same is true for animal feed, as producers across Illinois are forced to cull their herds to offset the reduced demand from restaurants, schools and universities.

Bill Leigh, a farmer from Minonk who grows crops in Marshall County, said that in addition to the loss of their key markets, corn growers are concerned about supply continuity for inputs like the seed and fertilizer needed to grow the 2020 crop.

“I know there are some input facilities where (workers) tested positive for COVID-19,” said Leigh, who is the current president of the Illinois Corn Growers Association, representing over 4,000 Illinois farmers. “There is a big concern about losing mechanics or our suppliers with the spring season coming in. When they can’t go, sometimes we can’t go.”

Like many of the corn farmers he represents, Leigh is greatly concerned about where the 2020 corn crop will find a home.

“Forty percent of our corn is used to produce ethanol, and when our country’s capacity was basically cut in half (due to the pandemic) that is a lot of consumption,” he said. “Once people are again allowed to travel, they are going to want to get moving. But that’s not going to make up for the lost gallons of ethanol that were not used in the last two months. We know we had a sizable market loss, and now we’ve got a stockpile that we’ll need to get through.” 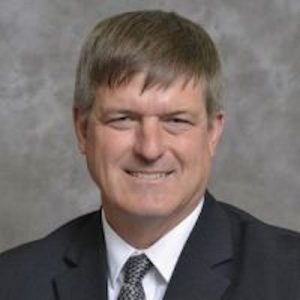 Leigh said he expects all or most of Illinois’ 14 ethanol processing plants to remain online after the COVID-19 pandemic weakens and markets return to a semblance of normalcy. Until the plants resume full production — Illinois plants produce an average of 1.7 billion gallons annually — the ICGA president sees a potential for an uptick in livestock feed demand due to ethanol plants’ reduced production of distillers dried grains and solubles, a key livestock diet supplement.

Like ethanol, 40 percent of Illinois corn is used for livestock feed. “Once you take away 10 percent or more of that (domestic) market, that’s a lot of corn,” said Leigh. A bright spot for corn in 2020 has been the export market, where demand has remained steady.

However, “It does not outweigh the loss of usage we had from the ethanol industry and the long term effects it will have on our markets,” according to Leigh. “The demand worldwide was picking up. Exports for ethanol were picking up, and there was a good chance for continued good demand.

A bumper crop, or above trend line yield, in 2020 could force live corn prices down below $3 per acre, according to U of I agricultural economist Gary W. Schnitkey. Without ad-hoc support programs including the Market Facilitation Program (MFP) and the new Coronavirus Food Assistance Program (CFAP), many row crop farmers could be forced into insolvency within the next year due to the virus’ effect on markets.

The truth is, row crop producers like Leigh long for a return to the days of open markets and simple reliance on crop insurance and farm bill safety nets, rather than one-time emergency bailout payments.

“You hate to rely on government handouts to make a living, because that’s not a good solution for anybody. That’s where we are, just trying to survive,” said Leigh, who has been farming his land since the 1980s. “There has been a whole cascade of things that I think we can work through; I just don’t know how long the tail is going to be in getting by this. It’s just a strange year.” 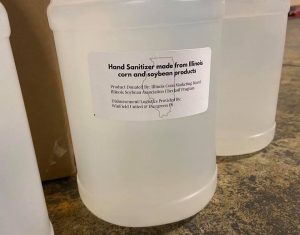 Those projected payments, however, will not be made until 2021. Healthwise, Leigh said he has been self-quarantining for the past month and a half “out in the field.” He is grateful that the virus’ rate of contagion is miniscule in his Woodford County hometown and neighboring Marshall County.

“I think we will survive it, but it’s going to be tough,” said Leigh, while helping his wife to unload groceries from their truck after a recent trip to the supermarket. “

“A lot of young and beginning farmers were coming into the industry, from 2008 to 2013 when prices were good, but there has got to be money in this industry to keep them coming back. A lot of them are smart; they can find jobs in other industries where they don’t have to work seven days a week sometimes.”